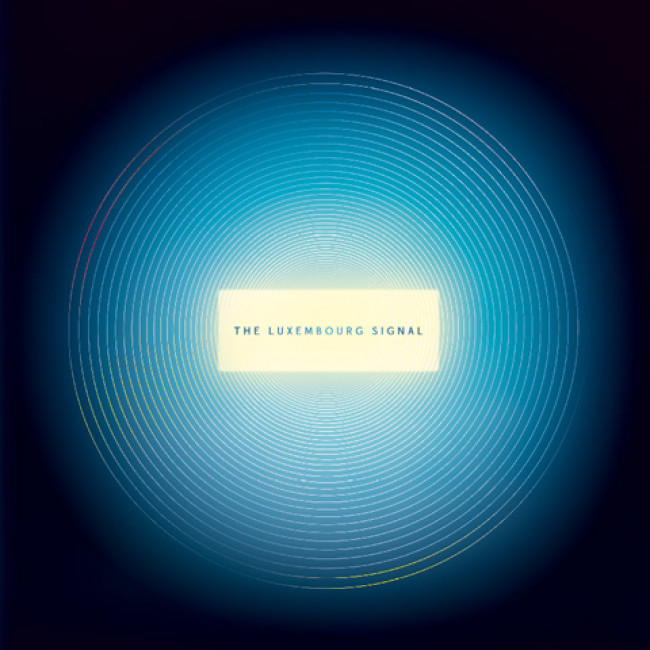 You know that feeling – when a single comes along and hypnotizes you, gives you hope that creative minds still exist, and winds you up like a jack-in-the-box, so that the moment that band releases something new, you pounce.

Earlier this year I brought to the GFP crowd Luxembourg Signal, the Aberdeen-meets-Trembling Blue Stars vagabonds that cruised to a distant horizon via the Bunnyman highway. Oooh, it wound me up, it did. And I knew an LP of material was in the pipeline, which pressed me down even further in the box.

But here it is – and, I regret to say, it sounds woefully average. Lux Sig dwell in a cavernous, Spiritualized lagoon, which seems private and undisturbed from a distance – but come closer and you’ll see, oh, several other folks have left their initials carved in the stone here, and fag butts litter the floor.

I so wanted to love this place, with its shimmering reflections panning out across the ceiling. And any time Lux Sig stretch out into ponderous drone, their mesmeric powers do woo me. If they knew more incantations like “Un-phased” – a brief yet unworldly passage that hums, throbs, and drips like a lost Neu or Cluster throwaway – then their enchantments could subdue many hefty, slobbering foes.

Sadly, only two new tracks on this LP channel that blissful might. The opener, “Dying Star” soars to the stratosphere with its ear-spanning drone – it’s a fresh thrill for all the “Distant Drive” converts. However, after that glorious single, you’ll feel yourself pitched down to Earth. Instead of that soul-searching journey to a new life, Lux Sig resort to very familiar suburban back roads. Lots of unassuming jangle, the hazy mysteries distilled into cozy clam chowder. The hooks are there, the bass hums warmly enough, and “First Light” almost nails it, but Lux Sig hold back their guns on the big climax and miss the mark.

Only on the sixth track, “Drowning”, do the band unleash their heavyweight knockout blow. The drums punch and pound with more verve and might than anywhere else on the album; the guitars swoop down in fiery psychedelic arcs. This is the Ride-like ride that Lux Sig promised us.

Yet, after the single’s B-side and the aforementioned “Un-phased”, the album simmers down to a murmur. I want to like the closer “Let It Go”, because the singer (a new one?) tosses off verses with a casual Sheryl Crow-ish swagger that lets in more sunlight and shows more life-like humanness than any other moment on the LP. But other areas of the song don’t bend – the canned drum machine beat and the business-as-usual synth sheen drown that warmth under the crystal depths of the lagoon.

Sigh. Non-critic types might think that we critic types enjoy knocking down albums, but not always. I wanted Luxembourg Signal to bedazzle me. I think they still can. At any rate, I don’t discourage anyone from giving this a shot. As debut LPs go, far less fascinating things have emerged this year – and besides, if you missed the single, then by all means don’t let that distant drive slip away.

(LP and MP3 and other letters of yr choosing available at Shelflife.)