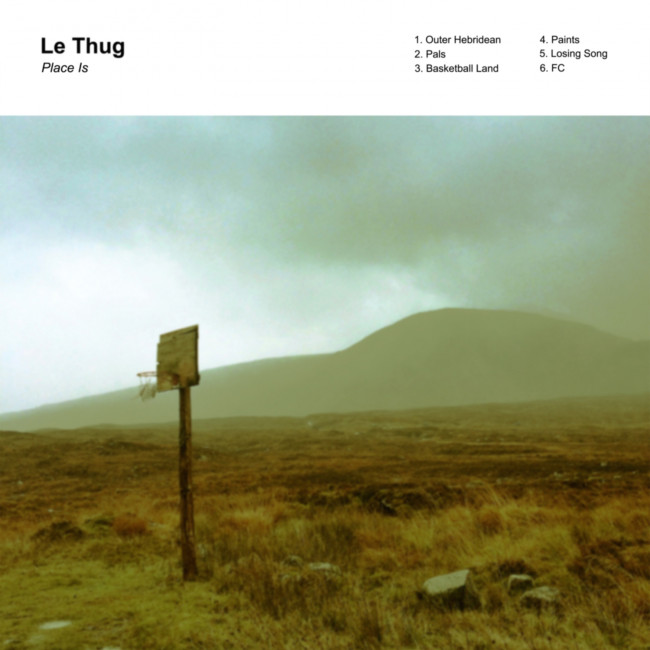 Now here’s a little-known tangent about me – before I succumbed to the drain-drip bloodbath underworld of what the rest of the Western world calls “industrial”, the closest tune to rain-soaked, smokestack factories that I knew was the Police’s “Invisible Sun”. It sounded like the blackest of black songs, even with the grand hopeful chorus that poked through like actual sun rays. The lines about prisoners as “statistics on government charts” and “something that the cat dragged in” fuelled my completely internal yarns of grisly sci-fi action thrillers (along with a very heavy dose of Perfect Dark). Even now, when I can place the tune alongside its brethren on The Ghost In The Machine – mostly upbeat, white-boy skank – its eeriness still juts out. Only now do I realize why. It’s that synth glaze – very thin, clear like ice.

Does this have anything to do with Le Thug? Yes, definitely. No doubt, the gothic massage of drum machine throughout certainly channels the spirits of Garlands-era Cocteau Twins and latter-day Sisters of Mercy – but oy. “Outer Hebridan” pulses in just that glazed “Invisible Sun” way, and I’m floored before I can even find my footing. Oooooh, and her. Yes, her, with the daydream-dazed voice. Freeze me before I MELT.

Ditto with “Basketball Land”. Mmmm…sorry. Was I spacing out? Or was I drowning? Yes, I am. Drowning. Do not save me. Just let the sound fill my ears, my lungs, my skull. Might as well tie the thick-as-lead drum beats to my ankles and seal my fate.

(This is also the most melancholy skateboarding vid I’ve ever seen. But then, y’know, it is Scotland.)

Indeedy, this EP floats to some fantastic (and unexpected) crystalline corners, much farther than many other coked-out JAMC junkies may dare to crawl. Or, to draw from a recent and relevant example, a little further than the commercially viable glitter-gaze of Pinkshinyultrablast, even if Le Thug lack their bass-driven firepower. “Paints” bubbles with a familiar, Kraftwerk-y synth as the rest of the song drifts like dry ice; “Losing Song” shimmers with lemon sherbet vibraphones and blossoms into the most lush (and drugged-out) power ballad imaginable. Granted, even these mesh in the same crushed thuds and eternal miasma, and one could fault Le Thug for their consistently downward gaze.

But “FC”. Ohhhh my gawwwwwd “FC”. Take the piston drums away, and you’re soaring. Hold me hold me hold me or I’ll dissolve into a steaming puddle. If I describe the components that do this, I’ll lose it, but I see this lusty rendezvous of Souvlaki and Pygmalion and cannot erase the thought. I’ve never had a wet dream, so I feel unqualified to use that term, but – yes. Yes. Sex should feel like this – something warm that wrenches your insides, slowly, slowly slowwwwww so you can savor it, get drenched in it. Look up into the pouring rain by a lamppost so you can see each droplet, like little beads of glass. “That’s the eighth wonder of the world,” I told myself once during a baseball game (nevermind that I can’t name the other seven).

At any rate, this is only an EP, and so Le Thug have some growing to do. As fabulous as their frostiness feels for me, they’ll need some other sensations to flesh out a full length. The seeds have already been strewn, what with the curious synth percolations. So just bring in some sunshine and let ‘em grow.