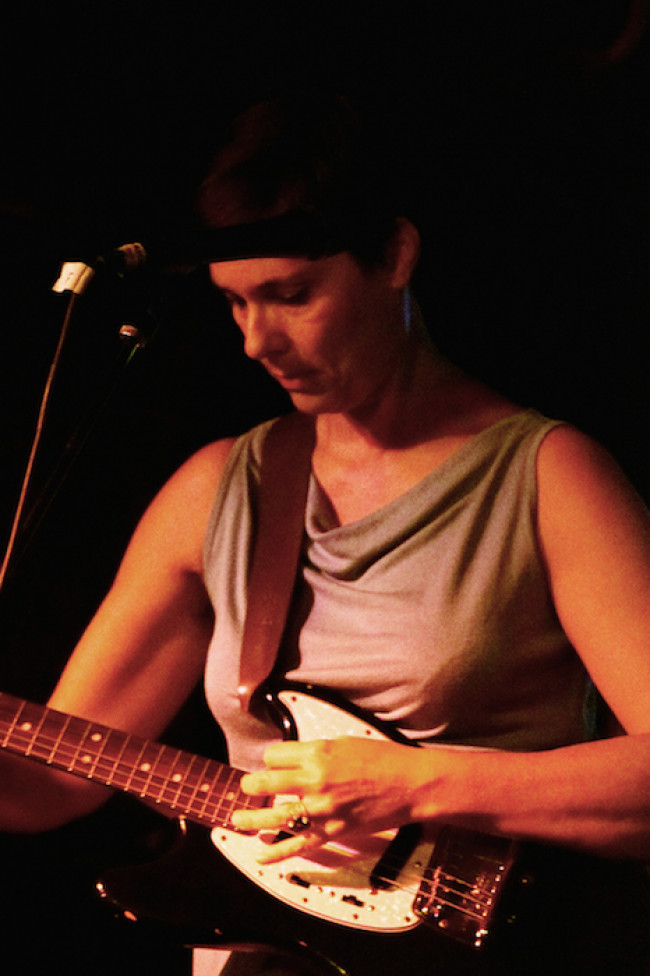 Pictures and words by Matthew Chin-Quee

EDITOR’S NOTE: You know how it goes when you get to a gig early: you sit on the steps outside the door, and the cool kids gather in a corner and chat about the indie bands they follow and make you feel old and unwanted. But every once in a while, you find the other outsiders. Matthew and I were the first two in (since we were older than the cool kids – HA); we met at the door and wandered into each other throughout the night. He told me he was thinking about writing a review for this show, even though he hadn’t done many of those yet. And he followed mostly female artists. So I knew just where to send him.

Even though I’m only visiting Atlanta for one week, I learned that one of my favorite artists, in the midst of a short tour across the U.S., would be stopping here during my stay. I really haven’t taken a lot of time to explore the city, and figured this would be as good an opportunity as any to take in a new experience.

The last time I saw Laetitia Sadier perform live, it was in New York City with her former band Stereolab back in 2006 when they were on tour, most likely promoting their Fab Four Suture releases. At that time I wasn’t quite up to date with the group, so I wasn’t sure what brought them on the road, but since the band seemed to release new material every year for the length of their existence, it was probably easy for anyone to lose track.

A lot has happened since 2006. Stereolab eventually went on an indefinite hiatus, and Laetitia Sadier’s other project/moniker Monade released its final album, the masterful “Monstre Cosmic”, before she eventually began releasing solo albums under her own name. These solo albums include “The Trip”, “Silencio”, and the recently released “Something Shines”. When I purchased my ticket to this particular performance, I was a little surprised to see Laetitia Sadier billed as “Laetitia Sadier (of Stereolab)”. I understand that she is less well known in the U.S., but she is such a prolific songwriter/musician, and has released a great deal of music outside of the Stereolab realm, that I think she deserves to be credited on her own. The billing is also misleading because I expect it attracted a lot of people who weren’t familiar with her solo work, and were expecting to hear some Stereolab tunes.

Going into this performance, I wasn’t sure what to expect from a stylistic perspective. I have watched many clips of Sadier’s more recent live performances and noticed that she often performs very intimate shows that consist mainly of just her and her guitar, with the occasional backup musicians. But before being able to learn what exactly I was in for, I had the pleasure of taking in performances by the two opening acts, Deradoorian, and Adron. Neither of whom I had heard of before.

Before getting started, just a note about the venue: Each act seemed to have some issue with the sound in the room. Overall the acoustics were very strong, but there was some tweaking done before each artist performed that I felt was a little unfortunate. This wasn’t the fault of the artists, but the fault of the venue itself.

Deradoorian clearly worked very hard on her performance. Performing with a percussionist, there was a degree of choreography involved with how they interacted, and the technique of live looping that characterized the sound was very coordinated. I got the feeling that if something went wrong there wouldn’t have been a lot of room for improvisation and, in fact, there was a moment where that actually happened, but Angel Deradoorian was fairly charismatic and had the support of the audience right from the start. She is a very talented and dynamic vocalist, and as a musician, her use of experimental sounds and synthesizers kept things very fresh. That being said, I did get a strong Wendy Carlos vibe throughout so definitely felt the inspiration there. Overall Deradoorian was very strong and I plan to continue following her work.

Adron was also impressive. Performing with a bassist and a drummer, Adron was a great example of pure musicianship, and vocal dynamism. Her guitar playing was technically prolific, and she is gifted with a well-trained operatic voice that is suitable for any style. Most of the songs performed were arranged in a pseudo bossa nova style reminiscent of Joao Gilberto, and Tom Jobim, and the quality of Adron’s voice reminded me of Shara Worden of My Brightest Diamond. I think that to a certain extent the lyrics were lost under the loud volume of the amps (particularly the bass), as well as Adron’s own vocal acrobatics. I once read an interview with Shara Worden where she spoke about the importance of powerful singers practicing restraint, and I think that Adron could definitely benefit from this wisdom. That being said, I thoroughly enjoyed her set and look forward to hearing how she develops as an artist.

When Laetitia Sadier finally came on stage I was happy to see that she was performing with a backing band, which was appropriate for the venue, and was consistent with the two opening acts. She didn’t disappoint at all. The first thing that struck me when they started their first song was the stark contrast between her backing musicians when compared to the previous acts. There was huge difference in the quality of the performance and really speaks to the benefit of experience, as Ms. Sadier has several decades on her opening acts. Their timing was just much tighter, and as a band there was much more homogeneity between the performers. When performing live Ms. Sadier always maintains a very even temperament, and is very comfortable on stage even though that temperament could easily be mistaken for shyness. The entire performance went quickly and flawlessly, and left the audience wanting more. The set consisted of songs from her three solo albums, while the encores were from her final album with Monade. In my recent concert-going experiences, I have noticed that with older artists, the fans tend to pay less attention to their more recent work, and I think that it is unfortunate because that work reflects how the artist has developed. As I mentioned before Ms. Sadier is incredibly prolific, having written hundreds of songs, and where her lyrics with Stereolab were more ironic, political, and abstract, her more recent work hits on a much more personal level. There were a few moments when she asked the audience if they knew a particular song and the crowd reacted very quietly.

I think that everyone should listen to Laetitia Sadier’s solo work, and definitely see her perform live. It was a very special night, and rarely do you get to see a musician with her experience for such a small price, and in such an intimate setting.