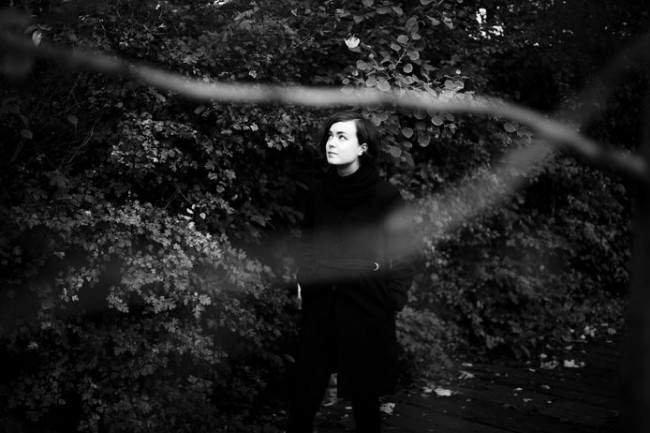 So Slate wrote a righteous article last week, about how many folks still assume that women need men to write and produce their stuff. I’ll admit, I’m prone to this too. Worse, though, I fear that we here at Collapse Board propagate that stereotype when we laud women as singers and noisemongers. Those are, indeed, laudable classes to master. But there’s always other options.

Now, I could be wrong, but I suspect the blokes who routinely reject the notion that women can tinker with electronics also assume that chicks are inherently more extroverted than they are. Because, after all, such a task requires intense concentration, sequestered at home or in a studio, usually alone. And women, these men reason (subconsciously), just can’t do that in the same capacity that they can.

Of course, I can’t claim to identify introversion in people I’ve never met. But Klara Lewis clearly sees, hears, and feels worlds that others do not. And she clearly has no qualms with exploring those subterranean spaces on her own.

The gridline tundra that is Msuic, however, isn’t a fantasy. It’s the places and digital spaces I’ve been (and no doubt, where you’ve been too) in my waking hours, on a parallel plane with those I can only imagine.

“Msuic II”, for instance, is an urban corner that any city crawler would know: a narrow cut-through between buidings, maybe a hollowed-out swimming pool, an open parking lot, the underbelly of a freeway. Anywhere that cars rumble, and trash can lids slam shut, and voices echo across from people you can’t see. Anyone could be watching. Then, the track tilts us from the mundane to the sublime – the streets ascend upward, or downward, into secret laboratories long untouched, machinery still pulsing, dusty switchboards blinking on at our touch.

(The best music, no doubt, is that which jogs the creative cogs in my head. I never wrote about music as a kid, remember. I drew maps of made-up countries and invented rules and subquests for RPGs.)

Above all, “Msuic III” lingers the most – where is this? A metaspace, like the menu screen for a video game, or indeed for the console itself, before you’ve even entered any defined virtual world. Yet you’re in and not in – birds tweet from behind, from the natural world. And where is this? Whose dismantled diva voice floats just out of reach? Wherever this world is, I’m there.

As a whole, the EP reminds me an awful lot of Andy Stott: the fragments of clattering city sounds, the caverns. Even the same regal horn-solo-in-the-misty-forest fanfare from Faith in Strangers rounds out “Msuic IV” – but this isn’t in a forest. Or, if it is, that forest is collapsing in on us, fragmenting into a thousand shards of light, warping inward toward the curve of the space-time continuum. See, unlike Stott, Lewis’s music didn’t emerge from a blacklight-lit midnight club session, from working the decks to keep drifters rooted to the floor. This is a world for the solitary traveler.

This sucker is out now and available for consumption here and here.