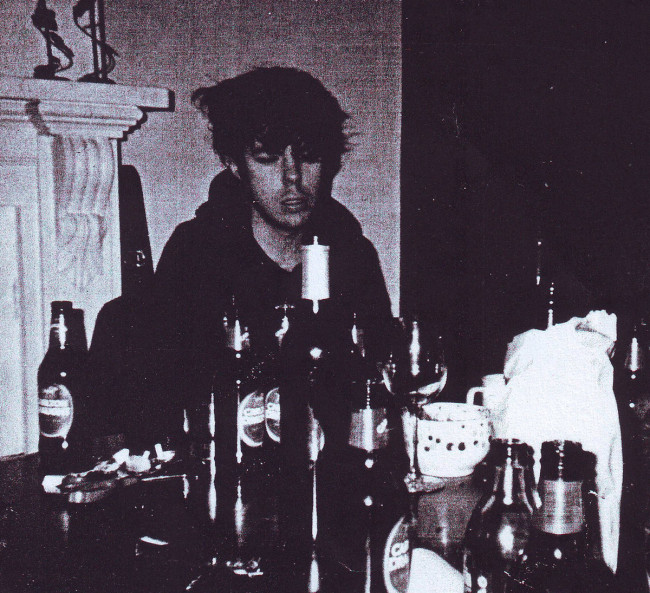 I guess you could call this a reissue. But get this clear. It was never issued.

Don’t care. Do you? I just listen to the first few seconds of ‘Loneliness is a Dirty Mattress’ and my heart stirs.

Dictaphone is early Kitchen’s Floor. A few songs recorded, thrown together on tape and put out there to the world best the artist who made them could. Now it’s on the internet.

I saw it written somewhere that a later album Battle Of Brisbane was a protest record. But to me K Floor is hopelessness. It’s always been about hopelessness.

Sure, Matt Kennedy’s message is one of defiance. Yeah, it’s punk, DIY. But the mission always seemed forlorn. Many people have believed in the cause but was The Battle of Brisbane one we could ever win?

There was an actual Battle of Brisbane. It went down in 1942 and entailed hundreds of Australian servicemen clobbering some out-of-towners. In this case, US soldiers. They returned the favour. When the dust settled a man had died and plenty more had been beaten to a bloody pulp.

Power is what drives music as commerce. Art is necessary but substitutable, anything that gets feet on floors will cut it. Helps if it’s marketable. Preferably with reference to something which has already worked. “Get me another one of those!”

This is probably one reason why Kitchen’s Floor never sold a million records. They weren’t The Velvet Underground either. I doubt every person who bought this cassette way back whenever started an equally influential band. They’ve made great records but.

So what? Just to get this music out there was a victory. It didn’t end Matt’s own battle nor does it snuff out the smothering malaises of poverty or working-class pain. In fact, I don’t know its true impact because I’ve always been able to step outside of this music when I’ve wanted to. I’m not sure if Matt or others can. All I leave with is the knowledge that what’s being said is something honest.

“You are a bastard.”

I feel that every time I think about all those motherfuckers out there. Right now, it’s Brett Kavanaugh. There’s a new one every week. On a bad week? Every hour.

But whatever, it’s all hopeless. Which is why the music is heatsick and slurred. Because to give any more wouldn’t justify the exchange. Yet it had to happen, these thoughts of desolation are burning to get out. But hey, that’s just what I feel when I listen to it. I don’t speak for the band.