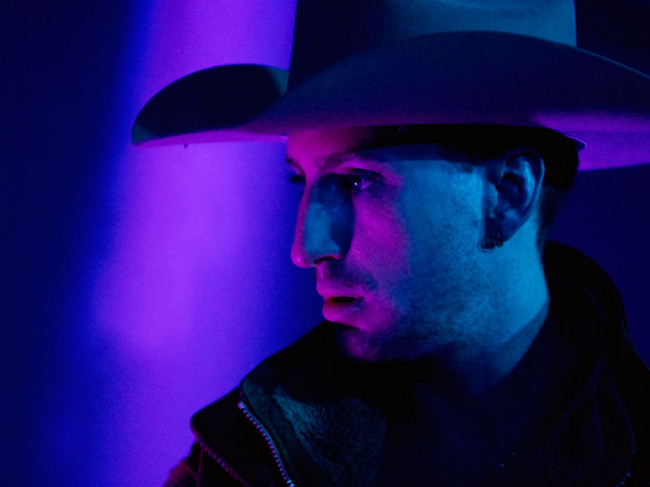 The story of Kirin J Callinan post-Mercy Arms has been remarkable without question. In the wake of 2013’s Embracism, his following and reputation have undeniably grown. Yet for anyone with a greater interest in sweeping statements of musical identity than drip feeds of social media content, there’s creeping question that, as well loved and enmeshed within Australian music as Callinan may be, is he anything more than a terminal dilettante? How much posturing and jet-setting glamour can you take before a musical reputation runs thin?

Latest album Bravado provides the answer. Major label backing, glossy publicity shots, big budget music videos, and more guest appearances than you could throw a shoe at inform us that this is an important record. Yet in some ways, it’s a challenging Lp. It certainly breaks convention. Not often do vocals such as these find themselves within the note-perfect world of pop production.

But there’s a fine line between genius and pap. The bold displays of brass they may be, tracks like ‘Bravado’, ‘S.A.D.’ and the euphoric ‘Big Enough’ make it difficult to decipher whether Callinan is casting himself as a kind of spiritual rebel within the pop marketplace or simply taking the mickey with an infectious strand of larrikin pop. That said there a plenty of songs which stand upon their own strength. When not obliquely satirising or embracing EDM, tracks like ‘Living Each Day’ with Connan Mockasin, ‘Family Home’ and ‘Friend of Lindsey Morrison’ tap into a wayward weirdness and charm that’s worth revisiting. Despite its challenges, Bravado is an enjoyable record, yet after an initial spin its underlying intention remains elusive.

Played with easy charm ‘Family Home’ delivers carnal melodrama in all its poetry. Knocking off some of the production gloss, a rawer take of ‘My Moment’ sits surprisingly comfortably alongside the primal throb of ‘Embracism’. Having long since shed the better part of his clothing, Callinan’s sinuous vocals lead a vaudevillian sing-along of ‘The Toddler’ before encore ‘Bravado’ offers flashes of transcendent brilliance. The closer, a coyly selected cover of The Go-Betweens’ ‘Apology Accepted’, leaves its audience enthralled.

Paired with a natural affinity for lacerating guitar and magnetic outsider presence the intention behind Bravado becomes readily apparent. Beneath the pop veneer, there’s something sophisticated, disturbing and challenging yet fundamentally sincere. A shade less dark, Kirin J’s latest persona might take a little while to sink in, but it’s a worthy continuation to everything he’s dished out so far. Self-indulgent yes, but in many cases the best music always is. Maybe he can have it both ways. Like David Bowie, whose Ziggy Stardust turns 45 this month, panderer and provocateur.