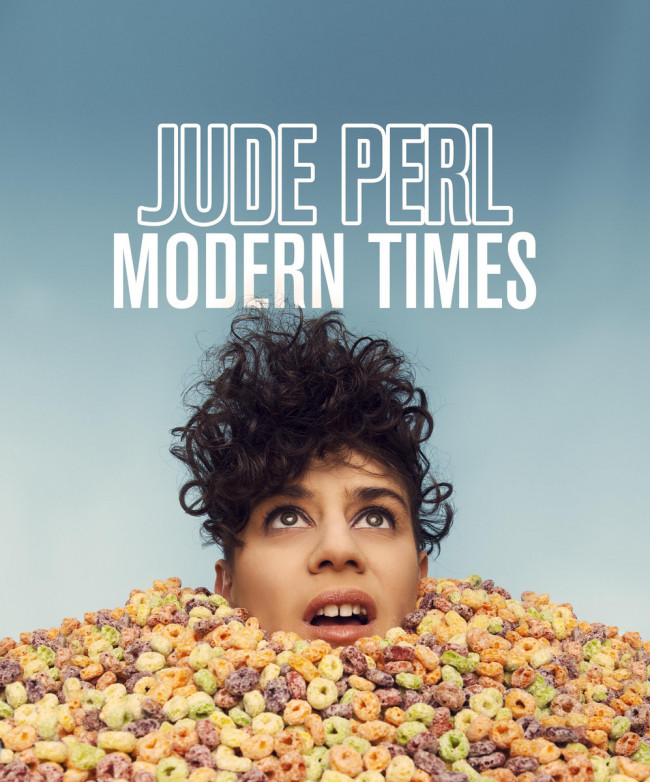 After about 2 years of on and off correspondence, I was lucky enough to have Jude Perl’s first LP Modern Times sent to me by the Melbourne-based singer/songwriter herself.

I was first introduced to Jude by way of Youtube, where I randomly came across a video of her performing Jamiroquai’s “Virtual Insanity”. I was really impressed by her amazing vocals, and musicianship as a pianist, and looked her up on Google only to find that she had a relatively small online presence that consisted of a professional website, a Bandcamp, and a Soundcloud featuring an EP entitled “3AM”, plus a few live recordings (all of which are very worth listening to). I was eager to hear more, and luckily, Jude is extremely responsive on social media and told me that she was in the process of recording her first LP. She is completely independent and manages all of her accounts, which is refreshing and really speaks to the benefits of living in an age with social media.

It seems like Jude had been working on this album for a long time, and it really pays off. The album is extremely polished, with the help of veteran producer Brian Paturalski, and contains the lyricism and vocal dynamism of a seasoned artist. Surprisingly, this album includes tracks spanning the gamut of popular music, and still works as a whole in spite of its eclectic nature.

In addition to being a musician, Jude Perl is also a standup comedian, and her comedic tendencies often cross over into her songwriting. The first half of the album contains several upbeat songs, some of which are comedic or satirical in tone. I’ve always mulled over recording an album mocking pop music, and I think that in at least a few tracks Jude Perl does this very well. Songs like “So Hot Right Now” for example, has Jude explaining to a prospective suitor, “I know you love my scarf, you love the way I wear it. You know, around my neck, that’s normally how you’d wear it. There’s nothing more sexy than practicality. My cardigan won’t come off because it’s kinda cold in here”. The closing track “Baby” also lives in the same vein, with Jude proclaiming to a love interest that “I ain’t never called nobody baby before, unless they were a baby. You know, one that’s crawling on the floor”, and in one verse simply explains that “some people wait, some people tell lies, some people never look into your eyes, some people stand, some people sit, there’s a lot of other things people do I can’t list them all right now”.

I would argue that Jude Perl ranks among the best up and coming songwriters, and Modern Times is really a showcase of her vast range. Writing a song isn’t easy, especially one containing lyrics that are cohesive and easy to follow. Of course, songwriting is ultimately an expression of the artist and doesn’t need to be easily comprehensible in the least, but Jude Perl demonstrates that she could write about anything, for any one, in any genre. Modern Times contains everything from more generic-sounding pop songs (“Hungry and Horny”), rock (“Yetta”), club/disco (“So Hot Right Now”), ballads (“Canyon”), and R&B (“Empty Room”). She takes all of these genres, and either offers a clever take on them, or completely makes them her own. Songs like “So Hot Right Now”, written in a tongue-in-cheek vein, offer a commentary on how people are judged by their appearance, but also sends a message of self-confidence, all under the guise of a club song. It has an almost theatrical feel in that it tells a clear story, and conveys emotion in a very articulate way.

I didn’t receive a copy of the album until after it was officially released, so I decided to spend a few weeks with it, attempting to take a different approach by listening to it in various ways from poor audio systems and headphones, to more high-end ones. Thanks to the high production value, the album really excels in the more high-end systems where you can really hear the separation of the instruments and vocals. On lower-end systems the sound can be a bit muddy, but still very enjoyable. Modern Times is technically broken up into 3 parts, but as a listening experience feels more like a traditional album with an A and B side.

One song on this album which has the most potential for radio play would be “The Better Life Gets”. It’s a sweet pop song, with an arrangement reminiscent of Motown (Think “Where Did Our Love Go” by The Supremes). If the vocals had been doubled, it would have really been a throwback. That being said, the song works well as it is, and is incredibly catchy. I found myself humming and singing most of these songs after a few days. Which is never a bad sign. It’s the kind of tune that has universal appeal, with a driving beat and inoffensive lyrics. The feeling is similar for the other tracks making up the front of the album. “Hungry and Horny”, and “Can’t Wait to See You” have that overly dramatic teen romance vibe that you would get in an early 60s girl group song like The Crystals’ “Oh Yeah, Maybe Baby”.

The second half of the album is much smoother, and jazzier, and has a sound that is much closer to Jude’s EP “3AM”. It feels more mature and contains lyrics that are more deep and emotional, building up with each track until reaching the stripped down “Canyon” as it’s crescendo, and finishing off with the lighter “Baby”.

Jude’s vocal abilities are consistent throughout the entire album, maintaining an edginess, especially on tracks like “Don’t Blame Me”, and “Yetta”, but also scatting with ease on “Just Don’t Know” and displaying an impressive falsetto on “Canyon”. I would have definitely liked to hear the falsetto come out a little more throughout the album, and would encourage Jude to perform a cover of Michael Jackson’s “Human Nature”.

One final thing I should mention is how this album was “financed”. Jude maintains that this album was only made possible through funding from the Sugar Oh’s Food Corporation, through their affiliate SugarHope Records, and as a result contains three jingles throughout, supporting this assertion. This may all very well be true, although I imagine this is more of a comment on the various ways in which a corporation can influence an artist. [A quick Google search of both terms reveals that neither entity exists – soooooo yeah, I’d back the latter hunch – LA] The three Jingles, “Sugar-Oh’s”, “Sugar Stuff”, and “Sugar Hope” are very well done (my personal favorite being “Sugar Hope”), and accurately reflect the various musical styles/time periods Jude was trying to emulate.

Modern Times is a very strong debut from Jude Perl. As an independent album, it definitely outshines anything in the mainstream today, and shows an artist whose versatility and potential is seemingly endless. What is really great about this album is that it shows an artist who is already mature, and has developed her own sound and style that matches the quality of the album’s production. Well worth a listen. 2/2