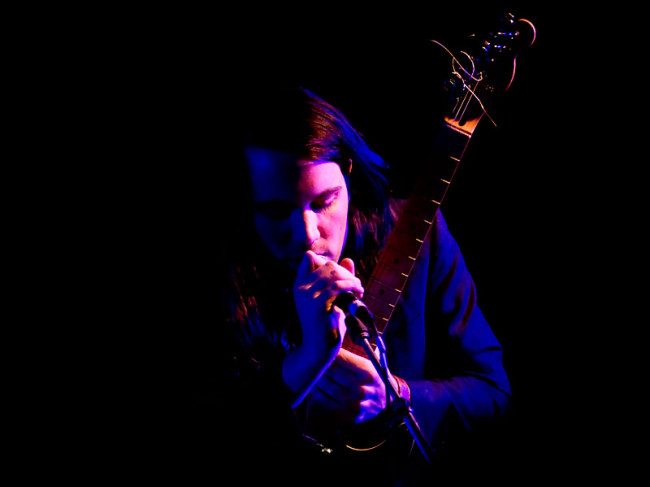 Back in Collapse Board’s glory days of 2011 we ran 10 reviews of Cult’s debut album.  It didn’t go down very well with a number of people and I can remember one nameless Brisbane-based street press music writer (nameless more because I can’t actually remember who actually said, rather than to protect their good name and reputation) ranting about it on a private music forum.  The basis of their rage was that running 10 reviews of the same album wasn’t big or clever, just stupid.

I don’t think the aim of running 10 reviews of the same album was ever meant to be ‘big or clever’.  It was just supposed to be a bit of fun when faced with a much-hyped new band.  If any lessons were learnt (and we can’t be a respected music website unless we start filling our posts with 5 Things We Learnt listicles),it showed that there were different ways that you could put together an album review.

Some of the 10 reviewers liked it, some didn’t. Perhaps the important lesson from running 10 reviews of the same album is that it highlighted that people have differing tastes and that despite the now instantaneous availability of music, tastemakers can still play an important role.  (Although I had great intentions of adding to the multitude of Collapse Board Cults reviews, I didn’t get around to putting anything together in time.  My plan was to write something about the album cover, which, on first impressions, I loved a lot more than the album itself; it had a Jean-Baptiste Mondino feel about it).

When it came to Cults’ second album, Static, we only published two reviews.  Funny how fortunes change in only a couple of years.

Cult’s show at The Zoo marks their second visit to Brisbane and their first full headlining show after their appearance at 2012’s Laneway Festival.  Not accounting for taste, it’s a Black Tuesday of gigs in Brisbane, with big-name competition coming in the form of The Jezabels at The Tivoli and the Hottest-100-topping Vance Joy playing The Hi-Fi.  Until she cancelled due to illness, Lorde was also scheduled to play Brisbane, at the much larger 9,000 capacity Riverstage.

Despite all this competition, there’s a healthy crowd in The Zoo by the time Cults open with ‘High Road’, a fairly low key song and surprising choice of set opener and it takes until the second song of the set, ‘Abducted’ before the band hit their stride and the audience warms up to the band.

Although Collapse Board’s Scott Creney declared “Static as in staying in one place. Static as in unable to move. Static as in poor reception”, the songs from the second album do show a progression to a darker, grittier sound while still maintaining the band’s 60’s girl band and pop influences.    Songs from the two albums combine effortlessly over the course of the 70 minutes that the band are on stage and there’s not even the slightest hint of a mid-set lull.

Outside of singing, Madeline Follin is largely silent between the songs and it’s left to guitarist Brian Oblivion to provide the somewhat awkward banter.  Early on he tells the audience that Australia is his second favourite country after home. Later on he tells the crowd that he thinks that this is the best show of the tour so far and that the band are really having fun.  Everyone cheers, even though they’re more than sure that he’ll be telling a different crowd in a different town on a different night exactly the same thing.

Static maybe the ‘break-up’ album but there’s no sign of tension between singer Madeline Follin and guitarist Brian Oblivion.  In fact, despite Follin’s quietness, she constantly beams at the end of songs, not at the crowd but to her left and her right at her onstage bandmates.  Despite the clichéd banter, maybe they really are enjoying themselves in Brisbane.  That singing these songs means to much to Follin is evident as she maintains a seriously furrowed brow throughout each song,.  It’s clearest on ‘You Know What I Mean’, a song that she’s on record as saying is her favourite.  The effort showing on her face as she shows how much the song means to her, accompanied by subtle yet frantic gestures to the onstage sound desk to perfect the mix and not leave her disappointed.

The band throw in a cover of The Motel’s Total Control, a song they covered for a Record Store Day release earlier this year, and Cults-ified so that it feels like a natural addition, before ‘Rave On’ closes the main set on a high.  The band come back for an encore of ‘Keep Your Head Up’ and ‘Go Outside’ before Follin makes her loudest noise of the night with a final screamed “THANK YOU” before leaving the stage.  The setlist taped to the stage included a three song encore, ending with ‘Oh My God’, but once the band leave the stage, the crowd begins to disperse and the lights come on along with music over the PA system.  Did they change the setlist and play one of their biggest songs earlier, I just can’t recall.  Or did they commit a bit of a faux pas in trying to get in a second encore that the crowd wasn’t expecting.  Perhaps modern day crowds are far too fickle.

When Cults played at Laneway in 2012 they were surprisingly good, despite having to battle the sound issues associated with playing in corrugated iron cattle shed (no, really).  It seems an unfair and nonchalant verdict, as if it should be a surprise that a (then) current buzz band should actually turn out to be able to pull off a good live show.  With the advantage of playing a more suitable venue, Cults really shine tonight, whether they played ‘Oh My God’ or not, and comfortably prove that not only were they worthy of all that industry hype back in 2011, but that they continue to be a band that’s worthy of attention.