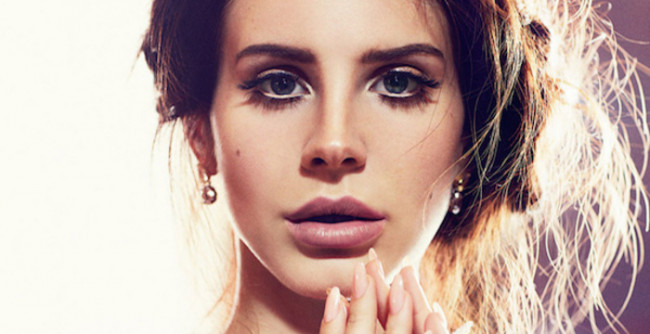 Some have claimed that the following is plagiarism. That’s ridiculous.

I suppose you could argue that there’s surface similarities between the melodies of the two songs but there’s little else to suggest an intentional steal. It’s not like there’s the same instrumentation, or sound, or feel, or phrasing, or performance, or anything really. Oh yes, both singers are female. Sigh. It’s the musical equivalent of me having read a Aldous Huxley book a couple of decades back and, a certain phrase having lodged itself towards the back of my mind, it comes out reinterpreted when most appropriate. More likely, it’s just one website always on the look out for audience figures, being over-zealous.

They are both great songs – but I think the second one tips it, as being unable to interpret the lyrics means you can layer on the melancholy without any jarring intrusions and… here, have a listen.

There’s one part of me that loves songs like ‘Video Games’ because it reminds me of Cults and Julee Cruise (and having only just gotten round to watching Twin Peaks for the first time, right up to the point where it turned into a deeply unfunny pastiche of itself, this is an even finer thing than it was six months ago) and drunken 3am hotel arguments with Chan Marshall. I like the deep sense of melancholy and self-hatred within that song, although I don’t think either stands as a signifier for any generation I’m familiar with, especially as the remainder of her lyrics appear to be about emphasising how privileged she is and I’m not. Lizzy Grant aspires to belong to the world of Saturday Night Live and remakes of The Girl With The Dragon Tattoo, and while this might change … wait. I like this part of Lana Del Rey. I have no problem with reinvention, and indeed wonder what the Internet generation would’ve made of Debbie Harry if she’d appeared while it was in the ascendant. I am bored to Bangs with all the references to cocaine and Bacardi chasers, though. Why the fuck would I want to aspire to something that was in my past?

This music is no fado, either.

And then there’s the other part of me that hates her because she reminds me of Snow Patrol. Must be something in the smoothness and slickness of the production.

I can’t but help think she’s a Less Than Zero for the post-Gaga kids.