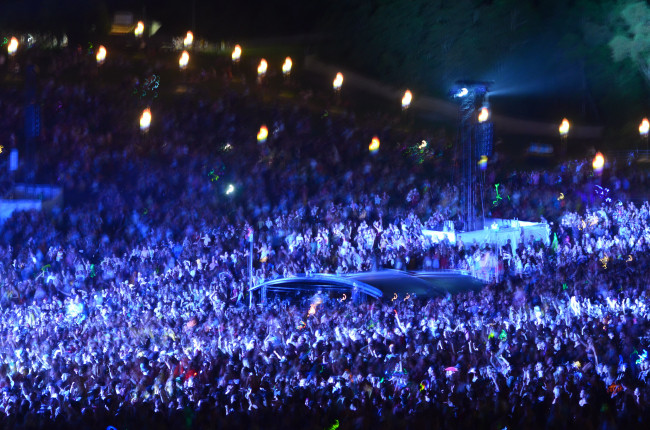 Let’s not put the thumb on Georgia Maq and Camp Cope. Yes, there could have been a few more women on the line-up. But they are only articulating what a large number of their peers, fans, women, allies – Australians young and old – think. I’m not present as she as she causes the stir, but It goes something like this. A ripple of energy courses throughout the crowd as Maq refigures anthemic call-out ‘The Opener’, boldly taking aim at the festival organisers themselves.

“It’s another man telling us we can’t fill up a tent/It’s another fucking festival booking only nine women,” she sings. But these words aren’t just taking a shot at the establishment. They’re carrying the dream of a better world.

But I digress. Dialling back a few hours, January first arrives with a determination to write despite an inescapable hangover. I need music. I crank on the radio. Nothing but golden oldies.

I’m drinking liquid antacids like wine. After a feeble attempt to dredge myself out of bed and enter the festival I pass out. By the time I make it in its 5:14 pm.

My comprehensive notes on Julia Jacklin are scrapped. Or are they? forget that! I don’t want to make this into a live review of bands I didn’t see but let’s talk about Julia Jacklin.

I ask a few attendees who were lucky enough to see her set at the Forest Stage as I’m guiltily skimming Instagram to latch on to some redemptive fragment of Jacklin’s performance. 2016’s Don’t Let the Kids Win was her breakout album and even at the opening of ’18 it remains an amazing stayer.

Live and on record Jacklin delivers flat out emotionalism somewhere between country and rock. Her voice comes heavy with built-in ache and newer numbers ‘Eastwick’ and ‘Cold Caller’ follow this characteristic melancholy. Piecing together this Falls performance suggests that she may not have progressed or reinvented herself dramatically since I’ve written about here elsewhere, but her music continues to endear.

The present occupant of the Falls Forest Stage is D.D Dumbo. Oliver Perry’s vocals are coming in a little raggedy, but so they should. 2017 has been a bumper year. Album Utopia Defeated saw his group travelling the county on a sell-out tour.

This time around the group isn’t emanating the passion and restraint of the command performance I’d witnessed at The Triffid back in June. At least for the start of the set there’s a looser more relaxed vibration. Regardless it’s heartfelt and the lock groove of ‘Walrus’ has yet to miss with me.

At 6:50 pm a thunderstorm sends everybody to ground. It’s probably why there’s a thinner crowd than might be expected for Fleet Foxes’ marquee appearance. Yet perhaps there’s a deeper truth than simply the weather. It’s one that makes me a little sad to admit. Yet melancholy in the sense that I’m nostalgic for past that wasn’t really ever mine. Something lost – hear me out here!

I don’t believe moments in popular music are as much about singular talents or records as much as collective cultural whims, fads and for the most part psychosis. Nothing lasts forever, and it’s been almost a decade on from their breakthrough Sun Giant in 2008.

The band are firing off. They perform their setlist inspired and near flawless. Most people are dancing and having a good time. Thousands of them in fact.

Yet it’s all a little toothless. Fleet Foxes make beautiful music, an elemental blend of ornate folk and coastal pop. But the energy isn’t crackling in the air. People aren’t choking on their own ecstasy and throwing it back at the band. There was a time when this would have been a certainty given the band’s stature. Perhaps the whole indie folk thing is just more than a little over the hill.