EVERETT’S HANDY HINTS FOR BUDDING WRITERS. BY THE MAKER BABES 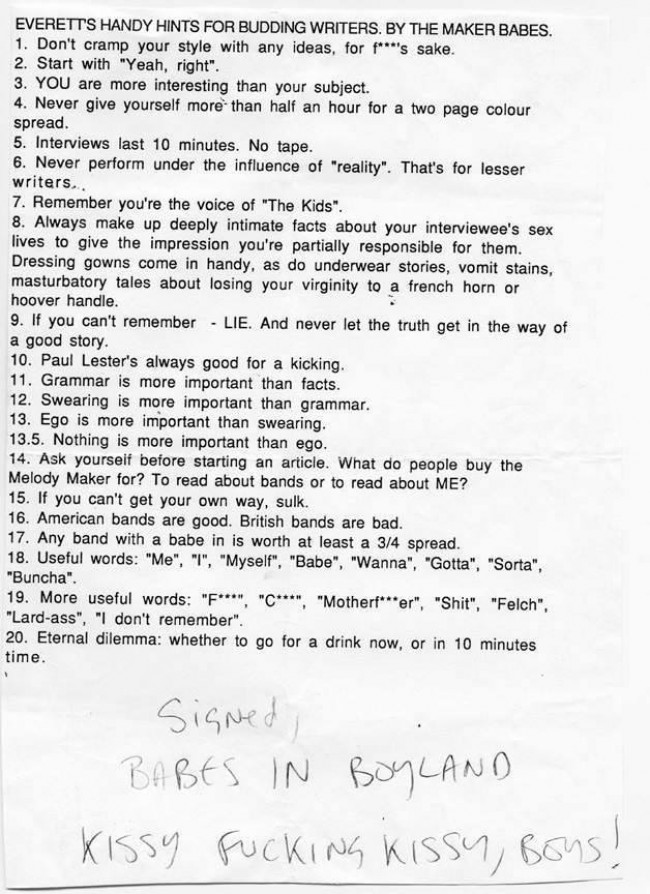 From the Melody Maker wall, circa 1991

I seem to recall the main culprits behind this were Sally Margaret Joy and Caren Myers, possibly Carol Clerk as well. Doubtless inspired by the eloquently crushing humour of David “Mr Abusing” Stubbs. Pinned on the wall of my reviews desk one day. It looks to be inspired by a string of interviews with bands such as Babes In Toyland, L7 (which was made up from beginning to end), Lunachicks, ZuZu’s Petals, Hole… Also, the infamous Butthole Surfers interview where I was fed PCP (and reported upon it). I made an art out of deadline-cruising cos I could. And yes, I mostly figured myself to be more interesting than my subject… at least to poor, stunted me. It later got reprinted in True Stories – the Maker’s Gossip Page which for a short time at least seemed to be mostly filled with my exploits and mine alone.