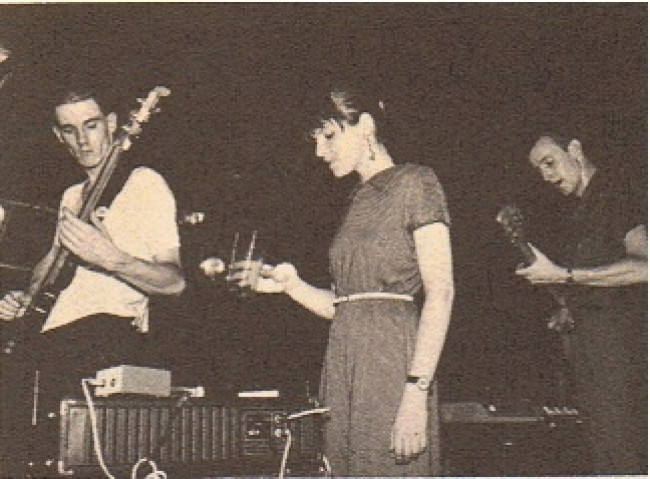 And so… to the third part of the series. (You can find part one here, and part two here.) Once again, taken from my diary of the time with all the star ratings attached. The first for how ‘good’ the band was; the second for my enjoyment of them. Pluses and minuses are related to outside factors (often the audience’s behaviour). In many ways, this is the big one. Back then I always judged bands on their ability to play live – to the degree that I couldn’t even listen to them on record if I didn’t think it matched up. (I purposely didn’t see The Fall play live till 1982 or so for this very reason: I was scared it might take away from my enjoyment of their albums and singles. I was a MASSIVE Fall fan.)

I do have a fourth part of this series – favourite bands, natch. And I had a complicated numerical system for working it out, as befits someone whose ONLY good subject at school was maths. And I even listed my top venues underneath.

I didn’t see gigs all the time – financial considerations was a major factor – and so some months are skewed. But of course my 19-year-old self made up for it by listing my OVERALL favourites after the month-by-month breakdown.

Here goes. I’ll try and shove a video clip under each show to give a flavour. All shows took place in London.

I saw Ramones three times on this tour: the first, my eldest brother John showed up to make sure I could get in OK. I enjoyed both support bands thoroughly.

Oh man, I’m salivating now at just the thought of this show. Wish I could remember a single note or face.

This one I can remember, vaguely. The band on stage. I saw every single Young Marble Giants show in London. Yes, you could say I was besotted.

Absolute heartland territory. I probably ended up seeing The Nightingales more than any band this side of UT (um, and Nirvana). I’m impressed now I saw Furious Pig at least twice.

Not to take anything away from The Bodysnatchers (who were great), but it would have been way cooler if I’d listed the Throbbing Gristle concert I saw around the same time, same place – but this list ain’t about cool. Also, that gig (which I enjoyed) lost me pretty much all the friends I’d just made. This would have been one of the first shows I saw after I moved up to London from Chelmsford.

Damn straight. I also saw Joy Division three times during this period, and I recall always being quite conflicted over my emotions afterwards – too intense.

There was a group called New Cross??

This was the final time I ‘saw’ Joy Division. In reality, we stayed in the second hall and cheered The Smirks to the rafters while all the hipsters rushed across to gape at the horrorshow. We caught their final few numbers. That’s some fucking line up, though.

Did I mention already how much I loved Young Marble Giants and The Raincoats? I cheered Shirley, their manager, when I saw her walk on stage before their set – much to her surprise.

All these lists… not really expressing anything but REALLY wanting to. I guess that’s why I finally started writing.

I’ve always been very partial to a bit of dub.

Bangs wept! Marred perhaps by a stabbing on the day, but… whoa. I missed The Slits (who I’m sure you don’t need me to tell you how much I loved) so I could rush across town to see Young Marble Giants.

This one too was marred by a stabbing… of the bloke next to me.

One Response to Everett True’s Favourite Gigs of 1980