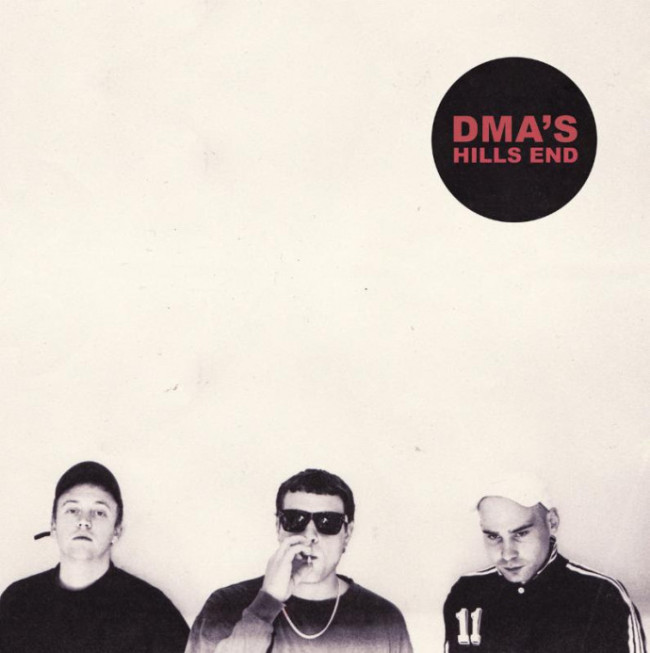 Sigh. Sometimes I do wonder. Here we are, 2016. A rallying cry for black power and girl power stole the show at the Super Bowl. Strong women front bands and speak their minds (case in point – our last album review, our last SOTD). An ace LP from Brood Ma echoes the dystopian reality of a modern life swallowed by the digital underworld. And yet the three guys in Sydney buzz band DMA’s still want to show off how sensitive they are by blowing up banal acoustic guitar ballads – and the record-buying public still falls for it, too. Folks have actually walked up to them after gigs and asked which part of Manchester they’re from – THAT’S how backwards they are. And I just wonder, how does one reconcile the “progress” of pop music with the success of three dudes who sell out venues with love song clichés and grocery store cake layers of guitar?

Simple answer. The writers and talking heads who speak of this “progress” are the folks who don’t default to white men as their only idols, who admire other voices rising up against the hegemony. But lotsa people who primarily enjoy rock music (especially, but not entirely, white dudes) haven’t made that flip. They want their world to stay the same. So when an audience that admires Oasis and Primal Scream for their chest-belting, flag-waving, larger-than-life rock hears something like “Too Soon”, of course they’re gonna gobble it up. For those fans, DMA’s affirm that hierarchy of guitar-centric men that they’re most comfortable with. None of those tedious gender politics, none of those outside-world problems, just good ol’ anthems with enough buzzing sounds to justify a shoegaze tag. I’m stuck inside of you, you’re stuck inside of me. Proper pop songs, these musos would say.

The three blokes in DMA’s would tell you that Hills End is just a collection of “good songs”, that “felt good” under their fingers. To them, that means twelve vanilla-flavored rock songs, wherein the man is the undeniable protector of the woman, and he knows what’s best for the both of them. Most of these songs aren’t that bad, per say – “Straight Dimensions” flounces about without much fuss, like the Las or some of the weaker Chills songs; and there’s some cool endings, like the moment at the end of “Melbourne” when singer Tommy O’Dell coasts over the track’s implosion – but never do DMA’s push past that kinda pleasant benchmark. One might almost mistake this level of homogeny for nonchalance, but no – “Timeless” and “Too Soon” reach for those starry Britpop highs, which only seem astral to those with stars clouding their eyes. Same with “So We Know”, which begins as an almost tolerable ballad until DMA’s decide to pump in electric guitars to fill the space. We can’t have that lingering sadness if we want a hit.

Speaking of hits. We could go on for ages about O’Dell’s cloying bids for our empathy, invoking his chivalry for bonus points – “now I know what life’s about” after losing his baby, sure; “how can I protect you when I’m lost in the crowd?”; “I’ve just lost my way”. But the most unbearably touchy-feely track has to be the smash single, “Delete”. I mean, really? “Don’t delete my baby”? Who says this? What is she, a file on yr computer? O’Dell probably figures this is his big Low-like masterpiece, what with the spaced-out twinkling sounds and the hushed tambourine hits, and the upbeat rhythm that appears toward the end. But what is this deal about walking her out in the rain, “as a way of figuring her out”, as if he’s helping sort her out with his nosiness? The very next words that follow “Delete” – ”tell me all your secrets” – shift that benevolent curiosity into a flat demand for intimacy. Perhaps no harm will come of it – but a bit presumptuous, wouldn’t you say, for anyone to assume access into another person’s private thoughts?

No other track evokes a facepalm quite like “Delete”, but O’Dell’s irritably Gallagher-like voice smears many a decent song with his overbearing bloke emoting. He reminds you of dozens of other singer/songwriters, who regard their tales of love and loss as universal truths, and thus sing as if the whole world should nod and agree. (and the world keeps on turning, / and the world keeps on turning – yeah, no shit, dude). That’s all the DMA’s want, really – for people to hear things like “step up the morphine” and nod, as if all relationships involve unbearable mental anguish, as if everyone would reach for pain meds to numb the trauma. And because O’Dell expresses such easily agreeable things, his lyrics are regarded as sage wisdom.

And that, readers, is how you find three boring blokes tromping all over the world, garnering label interest before they ever played a stage at home. DMA’s pander to the meatheads who only see music as a backdrop, not a platform; or the other thick-headed folk who equate “authenticity” with guitars; or, worst of all, the folk who wish some women would just simmer down already. And the hardcore talent scouts who lifted the trio’s demo must’ve known how large an audience they could tap with that sort of pandering.