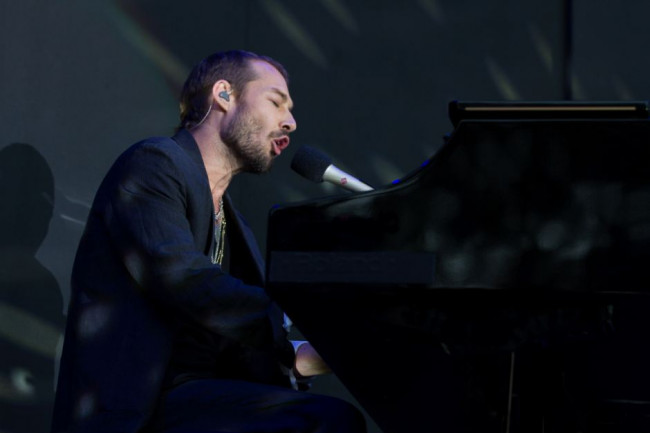 Let’s have a think about that, shall we?

Johns sat at the piano and in front of 25,000 fans totally nailed Nirvana’s hit “Smells Like Teen Spirit”.

Watch and listen to his haunting version in what has become an already iconic rendition for Australia’s young people.

Underneath the last line, they’ve published a photograph of Kurt (wearing my Daniel Johnston T-shirt) shaking his head in apparent awe at how amazing this smug Chris Martin wannabe twat is. The irony of having Cobain approve of something he would have fucking detested without a shadow of a doubt, being lost on these smug dickhead self-congratulatory twats. “Already iconic?” Fucking twats.

From Cobain wannabe to Martin wannabe in under two decades… it’s been a long bumpy journey of downs and downers and downs for Silverchair.

Fucking shame on you: triple j, Daniel Johns, Buzzfeed and any other cunt that has bought into this. Shame on you.

homogenise
həˈmɒdʒənʌɪz
verb
gerund or present participle: homogenising
1. subject (milk) to a process in which the fat droplets are emulsified and the cream does not separate. “homogenised milk”
2. make uniform or similar. “a homogenised society”

I have a feeling Kurt would have appreciated this cover version an awful lot more.