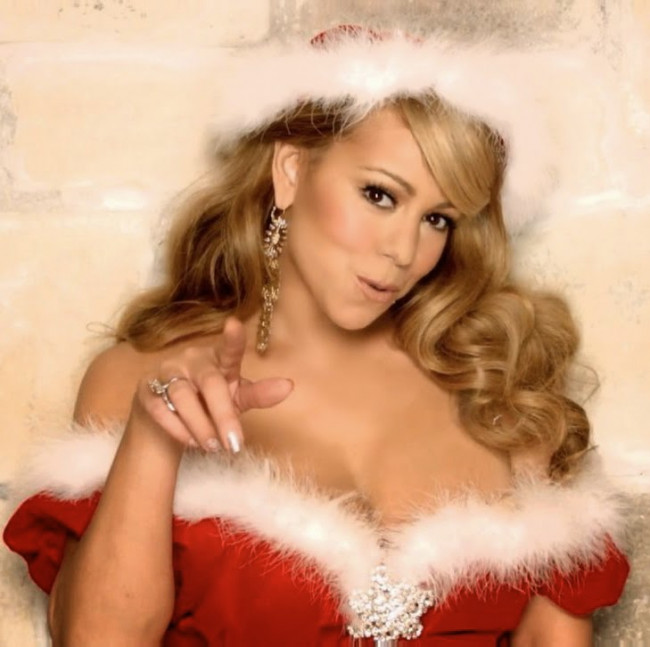 Frankly, I never thought I’d be typing those two words (“Mariah Carey”) in conjunction with this series.

After all, I’d even run her (Christmas) photograph here, on 1001 Albums You Should Die Before You Hear. Maybe I should have listened first …

I can succumb no longer. This song is – unreservedly – one of the Smash Hits of 2011’s Christmas playlist. (This is the first in a series of three: stay tuned for the next two.)

The first is from Neil Robertson.

Nothing guilty about it [liking thesong]. She’s not the most consistent artists but she’s probably the only artist in 20 or 30 years, since The Pogues maybe, to have a contemporary song enter the cannon of classic christmas tunes. No mean feat. I thought for years it was a cover as I was sure I’d known it my whole life.

I can’t find the other one right now but it was something along the lines of:

Mariah wants YOU for Christmas, and BY THUNDER she’s going to get you.