Cassette of the week | Sealings 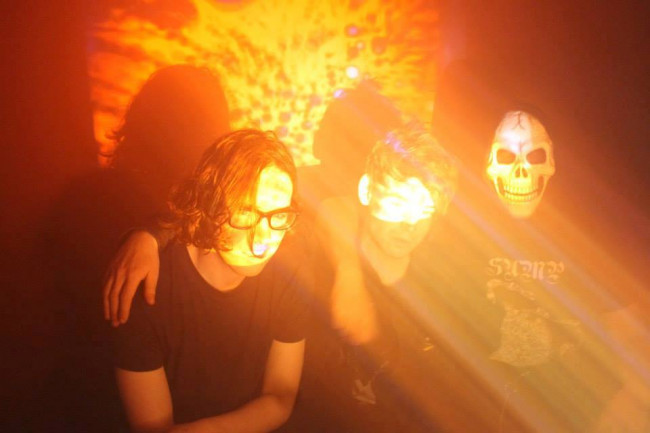 You know what I like? Noise. Slabs of noise. Noise that can smother your brain, melt your ears, and inject pure pleasure straight to your head. Or genitalia. Or BOTH.

Wait for it. This one from Sealings, ‘My Boyfriends Dead’, starts just with a scowl, but one helluva menacing scowl. Like a ghost story told over a lit Zippo told between two dudes in a comfy suburban bedroom, dark now while the lights are out, but painfully white otherwise.

Then, at 1’20”, someone spills the petrol can under their feet.

UHHHHHHH. I love the smushed drum machine hacking away underneath, compressed like something packed in an oily sardine tin. I love the total disregard for lyrics, how the steady refrain of only two lines – “Well, I left my mother” and “my boyfriend’s dead” – serves as the black void background upon which white noise writhes and lashes out.

They (i.e eager last.fm labellers) call it “deathgaze”. Y’know, a fusion of shoegaze and death. But this tune’s a bit more rambunctious than that, as if our protagonists infiltrated a punk rave as determined delinquents.

And this one bleeds more slowly than that, as clean riffs are soon devoured by torrents of unfettered noise. Here, too, are the blokes themselves – and hey, lo and behold, their bedroom actually IS white. I was honestly guessing earlier.

Beats me who Sealings are. Fellow Americans, I do believe. [They’re from Brighton UK, I believe – know-it-all Ed.] And they’ve released, as far as I know, three cassettes for various folk – Clan Destine here, Italian Beach Babes there – which, by the by, you can lap up for free on their last.fm profile (where they’ve also been called “hipster garbage” – but who are ya gonna trust, a tag left by some anonymous twat that likes to invent irrelevant tags, or an irrelevant Collapse Board writer that you’ve only just met? Yeah, I thought so). All three of the ones mentioned here belong to their first one, from 2009 – which makes this review a “cassette of the day” feature, of sorts?

Call me a sucker for racket, or gloom, or both. But Sealings stand outside polite society – or, maybe, that’s where they’d like to stand, and so channel that nether world through their jacked-up amps. And maybe that’s where I wanna be, too.