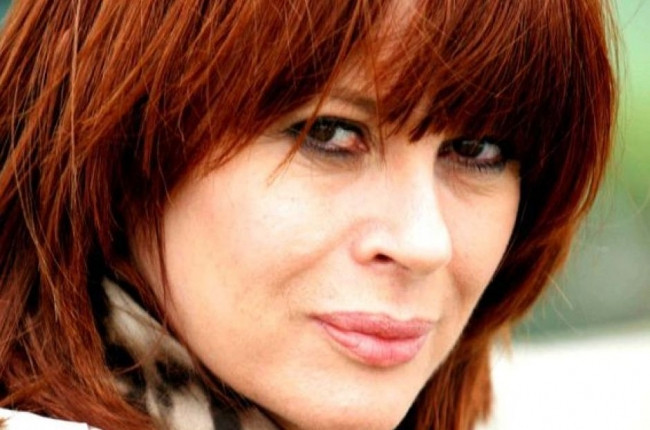 First, define what you mean by Sexuality in relation to popular music. Now proceed…

(All choices made by students in KMB003, QUT)

Anna Calvi – Suzanne And I
https://www.youtube.com/watch?v=qIDj0SVWeBU
I’d talk about Anna Calvi for Gender but due to the song topic I’d put it as Sexuality. It’s a very strong, passionate and confident message delivered so elegantly. It’s absolutely beautiful. I really have no other words for this song and video, it speaks for itself.

Mary Lambert – She Keeps Me Warm
https://www.youtube.com/watch?v=rG4nRI9Wmzk
I have a real problem with artists using sexuality in a way that belittles or fetishises a specific sexual identity. It’s why I struggle to listen to Katy Perry’s ‘I Kissed A Girl’ without feeling slightly uncomfortable (no matter how catchy it may be). It’s songs like Mary Lambert’s ‘She Keeps Me Warm’ that make me feel all warm and fuzzy inside. I love that it’s this simple and completely unapologetic declaration of love and joy. Lambert’s exploring and expressing herself, not using her sexual identity as a gimmick to sell records and I love it. You might recognise the chorus from Macklemore’s ‘Same Love’…

Divinyls – I Touch Myself
https://www.youtube.com/watch?v=wv-34w8kGPM
I remember this song coming on radio during a family road trip. It had never bothered me before, but on that day my brother and I seemed to finally realize that the Divinyls weren’t just talking about poking their own arms. It was completely mortifying to listen to in a confined space with our parents, and I remember the frantic scramble by my brother and I to change the station every time we heard the opening vocals from then onward. Now that I’m older however, I think it’s a pretty freaking awesome track. It’s so brazen and sultry. It’s this super powerful female up there unashamedly proclaiming that it’s okay and totally normal for women to not only harbour but act upon sexual desire. That being a sexually empowered woman doesn’t make you a slut or a slag, doesn’t make you easy. It says that women don’t have sit around whilst men want and crave and desire them and maintain this crazy unrealistic image of the untarnished virgin. It might not seem like it, but I Touch Myself is not only catchy, it’s actually kind of groundbreaking.

Liz Phair – Flower
https://www.youtube.com/watch?v=E4ZjEShp-vY
“You’re probably shy and introspective/That’s not part of my objective.” Indeed. More “music I would never ever play in front of my parents”. Don’t play this in the lecture either, actually. Maybe forget I said anything at all.

alt-J – Every Other Freckle
https://www.youtube.com/watch?v=axTSc3e6wu8
“I want to share your mouthful/I want to do all the things your lungs do so well/I’m gonna bed into you like a cat beds into a beanbag/Turn you inside out and lick you like a crisp packet.” Alt J have been quoted as saying their songs are about ‘maths and sex’. Using thinly veiled come-ons and euphemisms ALT J create such a sultry, vaguely sexual lyrical feast! I love it.

Shaggy – It Wasn’t Me
https://www.youtube.com/watch?v=2g5Hz17C4is
A funny thing about sexuality in music is that often times it goes unnoticed or is just assumed that it’s ok to listen to because it’s popular. Specifically speaking, when I was a kid my parents didn’t really filter what I listened to much. They would take me to Walmart and let me buy any CD and listen to it on my purple portable CD player in the backseat of the car (oh the good old days). I would usually grab some top 40 collection CD or some artist that I recognized from the radio… aka Backstreet Boys and Hits 2000.

It’s funny because that song was released in 2000 which means I was only 6 years old listening to this. I remember me and my best friend even made up a dance to it. Back then I had no clue what any of it meant but now listening to it I find it hilarious that it’s solely about a guy getting caught having sex cheating on his girlfriend… in the shower, on the sofa, on the bathroom floor, on the kitchen counter… you get the picture.

Nine Inch Nails – Closer
https://www.youtube.com/watch?v=PTFwQP86BRs
Sexuality ~ since the song was released in 1994, there’s been on an ongoing debate amongst fans of the band regarding the meaning behind this song. The theories range from ‘it’s the inner monologue of a rapist’ to ‘it’s a homage to pagan sex rituals’. Personally, I think it’s just a filthy, dark, aggressive song about sex. It’s about sexual obsession and fixation. It’s unsettling and gross and kinda scary and yet so hypnotic and sexy. I don’t think I’ve found another piece of music that has simultaneously made me want to take a shower and buy leather pants.

Nicki Minaj feat. Ariana Grande – Get On Your Knees
https://www.youtube.com/watch?v=cbQfAJq1LWU
Look, guys, I hate to be that person who suggests an artist that people tend not to like, but we can’t have a discussion regarding sexuality and not talk about mah gurl Nicki. On a superficial level her music may seem a little shallow and crass, maybe even too dependent on shock value to be taken seriously. However if you take a closer look you can see that her portrayal of female sexuality is strikingly layered. Minaj is marketed as a sex symbol of sorts, yet she constantly confounds and confuses the listener’s preconceived notions of female sexuality through her unwavering braggadocio, her exploration of her vulnerabilities and her downright scary ability to cut a bitch with a single punchline (let’s be honest she killed everyone on that Monster verse). Her style may not be to everyone’s taste and she has definitely said some problematic things within the public sphere, but it is inarguable that Minaj’s skilful lyricism and unclassifiable nature has helped create a space for artists to examine the narrow portrayal of women’s identity and sexuality across all genres of music, and how we can seek to depict women as the multifaceted human beings they are.

The 1975 – Sex
https://www.youtube.com/watch?v=UKIhXi-yiw8
I think this is a prime fit for sexuality. This song makes me want to go right back to their concert and hear them play this song all over again. It was the one they closed with and it left the biggest impact. Matty (the lead singer) asked for his little speech before the song to be kept a secret between him and everyone else at the venue and so I’ll do that for him. But honestly no matter if you’re watching the music video on youtube, seeing them in concert or watching them doing a live version on youtube as well, everything about this band is unreal. I could go on forever about how much I love the 1975 but I’ll stop now and leave this here.

The Black Eyed Peas – My Humps
https://www.youtube.com/watch?v=iEe_eraFWWs&feature=youtu.be
I can’t remember the last time I watched a music video where the artist is actually wearing clothes!

Olivia Newton-John – Physical
https://www.youtube.com/watch?v=vWz9VN40nCA&feature=youtu.be
Does this count as sexual?

Tech N9ne – Overtime
https://www.youtube.com/watch?v=1_Ia3qJH5dI
I feel as though hip-hop and rap always have the ability to show the audience what sex really is. Whereas some like to tiptoe around the subject, most rappers like to get down to the nitty gritty. Overtime is the perfect example of this. Layered with the silky hook lines from Kirzz Kaliko, with the punchy and fast verses by both Tech and Stevie Stone, Overtime delivers an intense tale of the horizontal folk dance down to its explicit core. Enjoy! And remember… Always put in that overtime.

Lovage – Sex (I’m A)
https://www.youtube.com/watch?v=jKOzsfFIdWc
Quite literally about sex/sexuality… The breathy vocals, the suggestive noises and the explicit lyrics certainly make me think sexy when I hear this song. Plus it’s Mike Patton… Mmm, Mike Patton.