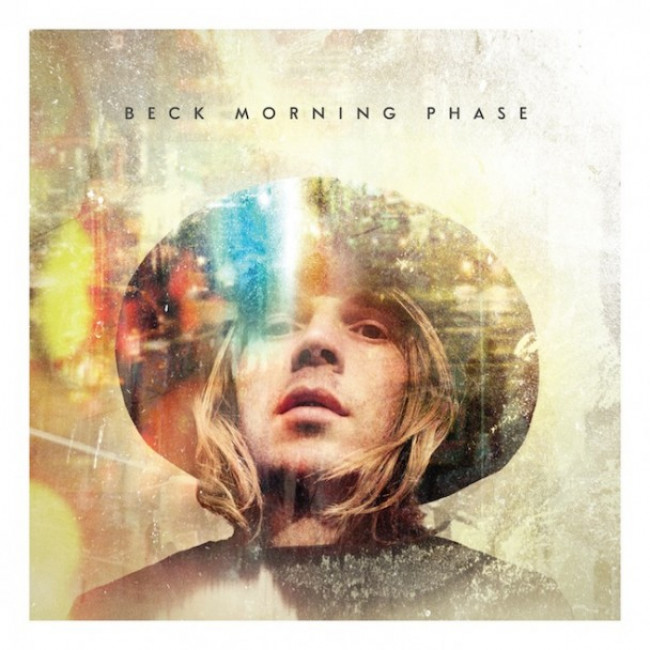 It’s not that I – or anyone else at Collapse Board, for that matter – hate successful white guys with guitars. We’re just hard-pressed to find one that doesn’t bore us to tears or drive us nuts with their banal male sexuality.

Nor is it true that there’s no place for sentimental singer-songwriters in today’s post-postmodern world. It’s just that, if you’re gonna center your album on such a basic poetic motif as the morning and Neil Young-like songcraft, maybe you could try to draw a setting, a place, and/or real people in your lyrics, instead of falling back on tired old clichés and hiding your mundane writing in aerie mega-lush production?

I mean, come on now. Yes, my heart is a drum. That’s quite astute of you. It keeps time with everyone? WOW, YOU MEAN MY HEART BEATS AT THE EXACT SAME PACE AS EVERYONE ELSE’S? NO SHIT!! …okay, we’re being infantile here, but Beck passes this off like one of those intimate Nick Drake moments, as if this were a profound romantic philosophy. Dead serious. No playful irony.

And then there’s this, from “Unforgiven: “Drive to the night / far as it goes / away from the daylight / into the afterglow / somewhere unforgiven. / time will wait for you.” Well, what the fuck does that even mean? See, it’s that Profound Universalism again – the proper term, I suppose, is Romanticism with a capital R, the early 1800s type – that, in its ultra-wide scope, blurs out the nitty-gritty details of the everyday life of you and I. Thomas Cole’s infamous “The Oxbow” sums the whole of the album well (and notice! no peoples!):

Granted, “Wave” is very Romantic in a classical music sense, focusing less on technical skill and more on dynamics, on the subtle terracing and sculpting of volume and the sheer expression of a violin’s bow – and that’s actually quite impressive. No wonder he chose “Wave” for one of his SNL performances – look how Artistic and Authentic he appears before a full string orchestra:

But. Still. What’s up, doc? Why so serious and studied? Don’t tell me it’s because – no! – you’re older?! Does this mean you had to compromise the flavor and texture and mischief of Mellow Gold or Odelay, the boozy feel and character, the curious tinkering with genre and style of Variations? Why, in short, did ya think it was such a brilliant idea to regress back to Sea Change? Because that is, more or less, what Morning Phase is. Look, the covers are even similar – there’s Beck’s mug, there’s the artsy rainbow smear across his face. Except this time, the hat and the lighting suggest a friggin’ halo, an album of pure goodness and light. Making the former trickster a bloody saint, like all the other singer-songwriter saints: Young, James Taylor, Nick Drake, and even Simon and Garfunkel on “Turn Away”.

But you know what, dude? You think you’ve written a folk song, but guess what? You forgot somethin’: where are the folks?

See, this song captures much of the stuff that Beck lacks – a scene. A person. A window into someone else’s life. An isolation penned so precisely that we can feel the little joys and aches. And conflict – “half of the time you’re gone, and I don’t know where, I don’t know where”.

Here’s a more contemporary example of a folk song for folk:

“A knife, a knife, a knife makes you feel strong / with a gun you can’t be wrong / everybody try to stay calm / I think the safety’s on”

How can one gauge all the emotions that Dan Wilson evokes here? The insecurities, the elation, the agony? Plus, a universal truth that’s as plain as day – “a hard-on, a hard-on, a hard-on / doesn’t mean that you’re in love”. And don’t tell me that we chicks can never relate – I mean, no, I don’t have a dick, but lawd yes have I crashed into that wall between attraction and interaction.* This is something else that Beck has forgotten entirely (call it rainbow amnesia): the fringe, the discomfort, the anxiety.

Without these knots, Morning Phase is just a dream world, one that resonates only as a dream would: resplendent, perhaps, but once we wake up, the content fades into vague snapshots. We can forgive millions of twenty-somethings for such fleeting songcraft, but…damn it, Beck. How’d ya get so fucking soft?

* – Back in high school, I hankered for a kid one year younger than me that played percussion in the school band. And being the crushingly shy slip of a thing that I was, I could only muster up enough gumption to leave covert presents for him on his desk during first period, especially slices of home-baked cake. Later that year, when I related my plot to a psychology teacher, he told me that girls express sexual desire by sharing baking goods. Of course we never hit it off. Perhaps that’s for the best, though.