You Do It To Yourself And That’s What Really Hurts: Goodbye Sticky Fingers 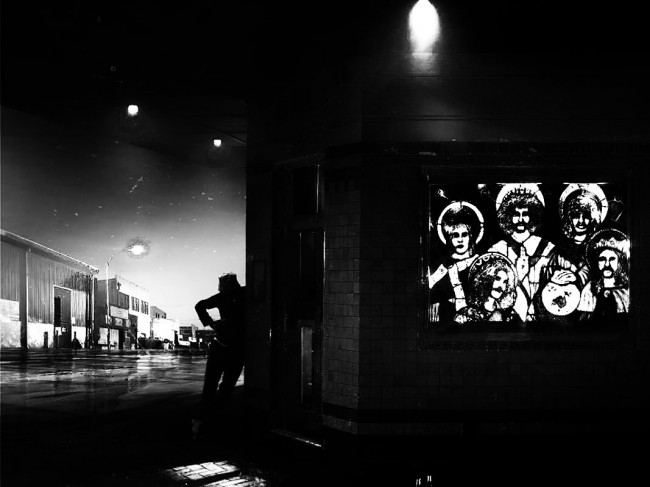 “This band cannot accept even the slightest possibility of fault.”

Well, that’s it. Sticky Fingers have withdrawn from what feels like the last Australian festival that will have them. But for a second there – following our last article – things were looking up.

In March the band had returned from a long hiatus. They claimed to have been coming to terms with drug addiction and mental health issues which had sent them to ground in the first place. Frontman Dylan Frost went on the record addressing his alcoholism and even had a chat to triple j to set the record straight.

It wasn’t perfect, but it seemed like the band were ready to embrace a change. Or at least pay lip service to the standards their most vocal critics believed them to have contravened. From here on out it would be pretty straightforward. They could just keep their heads down and focus in on what really mattered, the music.

And you know so long as no one else was in their firing line it seemed well and good. Until Frost had another incident. Sure, this one was provoked. But the proportionality of the response, the vitriol that accompanied it, and the greater context of the group’s situation really made for a silver bullet.

How did he think it would look? Laying into a trans woman like that? He probably didn’t.

Also, what was an individual who claimed to be curbing his problematic drinking doing in a Sydney bar in the middle of a weekday allegedly drunk? Then there was bassist Paddy Cornwall’s reheating of the issue with Thelma Plum on his personal Instagram account. It wasn’t a good look.

Yes, there were vile and regressive comments levelled at the band as well. Things which no person should be subjected to, particularly in relation to their family. But to loosely quote Bob Dylan paraphrasing Little Richard: “If you’re not willing to have your picture taken, you’ve got no business being a star.” This is an ugly picture.

The band’s official line wasn’t much better. Take this Instagram post. Here they stand as if to say, “We have so many fans! How can we be wrong?” Which hits the true problem on the head.

This band cannot accept even the slightest possibility of fault. Nor even that there could be others holding an opinion different to their own. There seems to be a total lack of willingness to even contemplate it.

It’s like that kid in class or that fellah you see gettin’ kicked in by the security guards or nicked by the cops. “But I didn’t do nothin’ wrong.” Maybe you didn’t but what’s the point of being right when there’s blood on your face? Don’t put yourself in the situation.

Withdrawn from the THIS THAT line-up? Expelled but given the option to leave school first more like it. A juvenile narrative fits because the band acts it out exactly that.

A classic spate of early onset-celebrity. When nobody tells you even the slightest thing critical the mildest off comment must hurt. Real criticism? Infuriating! Outright incongruent with the new reality of success.

But this outfit never made it to the untouchable cloud of LA LA Land. They could use the lifeblood of their Australian fanbase to sure up their bid for international acclaim. Without this kind of support, bands bottom out pretty fast. It’s a chapter in the storybook of Australian music as old as The Easybeats.

To loosely cite great thinker Jean-Jacques Rousseau. Nobody is evil by nature. A spark of goodness remains, even within the minds of the most black-hearted of characters. Redemption is always a possibility. That said it’s seldom easy.

The saddest thing is that there’s a problem that could be fixed. So Sticky, why not take a step back and ask why the current approach of hefting blame onto others isn’t working? It’s never been hip to be oppressive but now we’re in a cultural phase of calling it out. You might not even be the way the media makes you out to be but you’re sure as heck perceived as such. For better or worse, that’s reality.

Making some steps towards educating yourselves about gender and cultural sensitivity could do a lot to diffuse this whole situation. You may have even been able to slide past giving any those apologies you don’t believe are due. Instead? Well over to you Thom Yorke.