Yesterday and today: favourite songs of the Interweb (volume three) 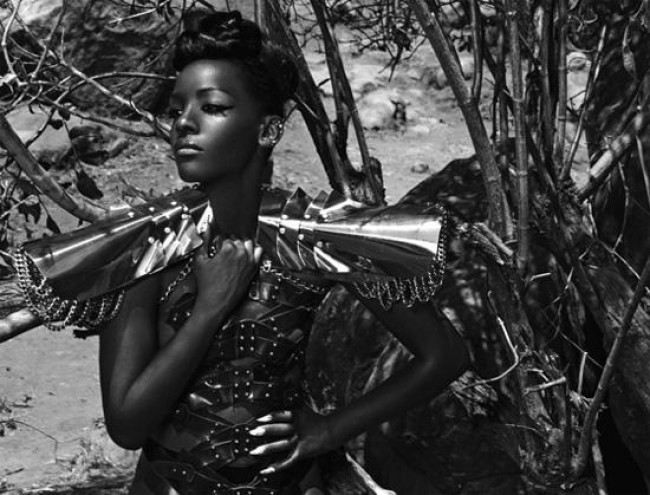 School was out. Now it’s back in again.

The idea behind much of Collapse Board is to find new ways of presenting you with music you may not have heard before. Click on the high grades! These are the folk who’ve gone the extra mile. Click on the low! All taste is equal yet different.

OLD: Richie Hawkins- Freedom
NEW: Azealia Banks – Fierce
GRADE: C (graded down for trying to pass off an old Azealia song as new/graded up for some fine old old)

OLD: Robert Wyatt – Rock Bottom
NEW: none provided
GRADE: F (automatic fail for being “so last century” and not providing anything new)

OLD: Gallon Drunk – Some Fool’s Mess
NEW: Gang Of Four – England’s In My Bones (feat. Alison Mosshart)
GRADE: C- (graded up for loyalty/graded down for linking to a song with a designer label singer)

OLD: Lou Reed – The Power Of Positive Drinking
NEW: Sunday Painters – Rebel Rebel
GRADE: F+ (graded down for providing a ‘new’ song that’s actually older than the old song/graded up for sly ridicule of the 70s)

OLD: Nina Simone – Wild Is The Wind
NEW: Eva Eden – Underworld
GRADE: D (graded up for having the sense to realise Nina Simone guarantees an automatic high grade/graded down for – yes – the ‘new’ song from 2012)

OLD: Hawkwind – Urban Guerilla
NEW: Wonderfuls – Language Forgotten
GRADE: C (graded up for linking to one of the few SEQ singers more depressed than me/graded down cos state of depression ain’t a competition)

OLD: The Twilight Sad – Reflection Of The Television
NEW: Seven Davis Jr – Wild Hearts
GRADE: C (graded up for one vibe/graded down for the other vibe)

OLD: Sinéad O’Connor – Black Boys On Mopeds
NEW: We Are Hex – Hellbent
GRADE: D+ (graded up for intense emotional and political acumen/graded up for overall distortion)

OLD: Irma Thomas – (You Can Have My Husband But Please) Don’t Mess With My Man b/w Set Me Free
NEW: The Wave Pictures – Pea Green Coat
GRADE: C (graded down for trying to buck the system/graded up because it’s Irma Thomas for fuck’s sake!/graded down for providing a Wave Pictures link that didn’t work and thus making me do 10 seconds more work tracking down another one)

OLD: The Supreme Jubilees – It’ll All Be Over
NEW: Matana Roberts – Clothed To The Land, Worn By The Sea
GRADE: C (graded up for the blue-eyed soul – when it comes to applying for Christian schools I’ll just play them the Supreme Jubilees and tell them I’m a believer/graded down for choosing a song by a female saxophonist so judo-hip we poor backwards folk here in Australia aren’t allowed to view it)

OLD: Mat Riviere – FYH
NEW: Colin Min Sai/Halo Halo – Live at Levontin 7
GRADE: P+ (graded down for linking to an album, not a song at all/graded up for the surreal humour)

OLD: The Bizarros – I Bizarro
NEW: Arca – Xen
GRADE: C+ (graded down for not warning me about the strobes/graded up for Some Bizarro)

OLD: Visage – Fade To Grey
NEW: Natalie Prass – My Baby Don’t Understand Me
GRADE: C (graded down for the modern downer/graded up for a timely link)

OLD: Harry Nilsson – Without Her
NEW: Fabulous Downey Brothers – Mush Mouth
GRADE: C- (graded up for incomprehensibly schizo taste/graded down cos the new song reminds me of Cardiacs)

OLD: Sandy Denny – By The Time It Gets Dark
NEW: Connections – You Won’t Forget It
GRADE: P+ (graded up for tasteful taste/graded down for the Cure connection – and the link provided doesn’t work in Australia)

OLD: Ministry – Stigmata
NEW: not supplied
GRADE: F (graded down for being old school but not old school enough/failed for not providing a new song)

OLD: Barry McGuire – Eve Of Destruction (live)
NEW: not supplied
GRADE: F (graded down because the world still hasn’t ended/graded up for Bazza’s voice/failed for not providing a new song)

OLD: Joy Zipper – Apathy
NEW: The Wendy Darlings – Tell Me Why
GRADE: HD- (graded down because… Christ, what is it with Australia and U.S. YouTube links today?/automatic high distinction for choosing this week’s greatest song)

OLD: Françoise Hardy – All Over The World
NEW: Black Moth Super Rainbow – The Primary Color Movement
GRADE: P (graded right up for an immaculate 60s choice/graded right down BECAUSE 2011 IS NOT NEW!)

OLD: Lee Moses – Bad Girl Part 1 and 2
NEW: Jay Stansfield – Sex On My Mind
GRADE: D (graded up for reminding me of Lee Moses’ deep soul brilliance/graded up for confusing the hell of out me w/Jay)

OLD: Tenniscoats – Baibaba Bimba
NEW: salyu x salyu – じぶんがいない
GRADE: D (would have been an absolute shoo-in EXCEPT you spoiled it by including a third song! – Momus/McClymont… wait, and a fourth?)

OLD: Nico – Janitor Of Lunacy
NEW: Lightning In A Twilight Hour – The Death Of Silence
GRADE: P (graded down for reminding me of my twenties/graded further down for ridiculous band name)

OLD: John Mellencamp – I Need A Lover
NEW: Girlpool – Blah Blah Blah
GRADE: C+ (graded up for having the bottle to choose Mellencamp/graded down for choosing Mellencamp)

OLD: Curtis Mayfield – Move On Up
NEW: Stealing Sheep – Rearrange
GRADE: D (graded up for immaculate soul/graded down cos Weller once covered it/graded back up cos it was when he was in The Jam)

OLD: The Family Stand – Shades Of Blue
NEW: Taylor Swift vs. Nine Inch Nails – Shake It Off (The Perfect Drug)
GRADE: C- (graded down for making me semi-like a NiN track/graded down cos it’s more Trent than Taylor)

OLD: Ideal – Erscheissen
NEW: Perfect Pussy – Interference Fits
GRADE: HD (graded up for remembering Ideal/graded down for providing the incorrect spelling of Erschießen… all joking aside though, this is Ideal! Respect.)

OLD: Sleater Kinney – The Day I Went Away
NEW: Fake Feelings – Loud And Dead
GRADE: D+ (graded up for the femme-punk righteousness/graded right up for the incredible “spaced-out atonal funk and drone music” of Fake Feelings/graded down because it’s still raining outside)

The following students achieved High Distinction: Roddy Thomson, Andrew Bentley, Tobi Vail and Liz Inthewoods. The rest of you? See me afterwards. I’m also becoming concerned at the continued absenteeism from some of our previously high-achieving students.