Yesterday and today: favourite songs of the Interweb (volume one) 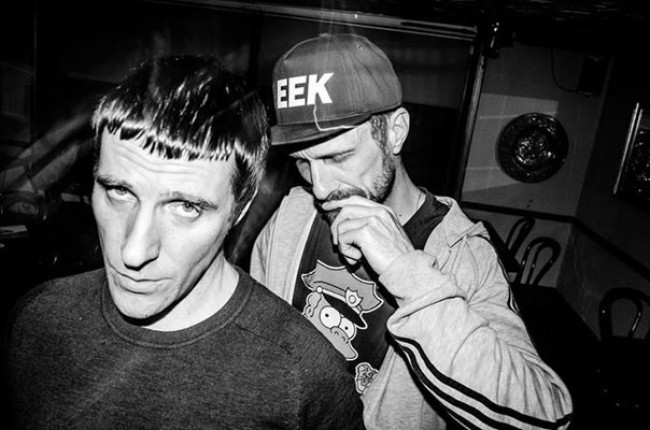 To celebrate the new enlarged, enlightened Collapse Board contributors Facebook group, I asked all members to nominate their favourite songs of the day – one old, one new.

Here are the results.

OLD: Thin Lizzy – Waiting For An Alibi
NEW: Nervous Twitch – Get Back In Line
GRADE: C- (graded up for Thin Lizzy/graded down for shameless self-promotion)

OLD: Hüsker Dü – Pink Turns To Blue
NEW: Gareth Liddiard – Strange Tourist
GRADE: C (graded up for reminding me how much I loved Hüsker Dü in ’87/graded down for supplying an old ‘new’ song)

OLD: Kate Bush – Sat in Your Lap
NEW: FKA Twigs – Hide
GRADE: D (graded up for good taste/graded up further for choosing female artists/graded down for trying to pull a fast one on the system and also submitting this)

OLD: The Specials – Do the Dog
NEW: Whyte Horses – The Snowfalls
GRADE: C+ (graded up for an evocative description of the first song/graded down for thinking shoegazing is ‘new’/graded down further for also trying to buck the system with this)

OLD: The Monkees – Goin’ Down
NEW: Radioactive – Happy Sad Song
GRADE: C (graded up for GREAT choice of Monkees song/graded down just because)

OLD: Luke Jordan – Cocaine Blues
NEWER: Sohns – Let’s Start a Cult
NEW: Math the Band – “January 2008”
GRADE: D (graded up for choosing an old song/graded down for fucking with the system and suggesting a better one/graded down for suggesting two bands he’s quite obviously the singer of, or if he isn’t, ought to be)

OLD: The Four Tops – If I Were A Carpenter
NEW: King Gizzard & The Lizard Wizard – Head On/Pill
GRADE: C+ (graded down for lazy spelling of The Four Tops’ name/graded up for capturing the zeitgeist)

OLD: Psychedelic Furs – India
NEW: Sleaford Mods – anything
GRADE: D- (graded up for great taste/graded down for being indiscriminate)

OLD: Neu! – Negativland
NEW: Azealia Banks – Soda
GRADE: D+ (graded down for leaving the exclamation mark off Neu!’s name/graded down for trying to buck the system/graded up for making me finally listen to the new D’Angelo)

OLD: Tomaso Albinoni & Remo Giazotto – Adagio en sol menor
NEW: The War On Drugs – Under Pressure
GRADE: P (graded down for being a smart ass/graded up for picking a decent piece of classical music/graded down because The War On Drugs song isn’t a Queen cover)

OLD: Silver Jews – Trains Across The Sea
NEW: Sleaford Mods – Tied Up In Nottz
GRADE: C+ (graded down for picking two bands that have already been picked/graded up for… man, I’d forgotten how great that Silver Jews song is)

OLD: The Honeycombs – Have I The Right
NEW: Colleen Green – Pay Attention
GRADE: D- (graded up because IT’S THE FUCKING HONEYCOMBS!/graded down no YouTube links supplied)

OLD: Laura Nyro – Sweet Blindness
NEW: The Second Hand Marching Band – Love Is A Fragile Thing
GRADE: C- (graded down because I remain confused about Nyro/graded down further because secondhand is misspelled in the band name)

OLD: Morphine – anything
NEW: Jenny Lewis – Head Underwater
GRADE: C+ (graded down for being too indiscriminate in your taste/graded up for going out on a limb with Jenny Lewis)

OLD: ???
NEW: The Bordellos – A Little Sadness
GRADE: F (failed for shameless self-promotion/failed for linking to a video that doesn’t exist)

OLD: Nina Simone – Revolution
NEW: Kali Uchis – Lottery
GRADE: HD+ (graded an automatic HD for linking me to a Nina Simone cover I ain’t heard for two decades – and what a version!/and what hairstyles!/graded even higher for tipping me off to Kali Uchis)

OLD: David Bowie – Moonage Daydream
NEW: Shellac – Riding Bikes
GRADE: D+ (TUNE!/graded up for reminding me that Albini only has one drum sound – but it’s one I dig)

OLD: Janis Joplin – Little Girl Blue
NEW: The Julie Ruin – Ha Ha Ha
GRADE: HD- (graded down for not being the Nina Simone version – much as I love Janis/graded up because I just spotted the comment under the Nina Simone video – “And if you compare this version to Janis’ version, you are comparing apples to bananas”. Fair enough)

NEW: Young Fathers – Get Up
NEW: Law – Hustle
GRADE: P (graded up for introducing me to Law/graded down for providing two new songs/scrapes a pass for having great taste)

OLD: Tav Falco’s Panther Burns – Cuban Rebel Girl
NEW: The Nomen – Star Men
GRADE: C+ (graded up for the lo-fi Residents of The Nomen/graded down for not providing links)

OLD: Intelligence Dept. – Loneliness
NEW: Thurston Moore – Speak To The Wild
GRADE: D- (graded down for speaking ill of Kim Gordon, despite your disclaimer/graded up just because)

OLD: James Brown & The Famous Flames – I Don’t Mind
NEW: Cocteau Twins – Lorelei
GRADE: HD- (graded down slightly because new (to me) is not an excuse – at least, not for other people/graded up because you did pick one of Cocteau Twins’ finer moments)

OLD: New Age Steppers – Some Love
NEW: ???
GRADE: F (graded up for killer oldie/automatic fail for not supplying a newie)

OLD: David Bowie – Ashes To Ashes
NEW: Anssi Kela – The Boys Of Summer (acoustic cover)
GRADE: P+ (graded down for an overload of Bowie/old and new)

OLD: Gang Of Four – To Hell With Poverty!
NEW: Paula Temple – Deathvox
GRADE: C (graded down for getting your entry in late/graded up for the drumming)

Top marks to Whatsfor Tea, Jake Cleland, David Callahan, Annette Barlow and Elle Cee. The rest of you need to pull your socks up. It won’t be so easy next time.

One Response to Yesterday and today: favourite songs of the Interweb (volume one)