Wildhoney – Sleep Through It (Deranged/Forward!) 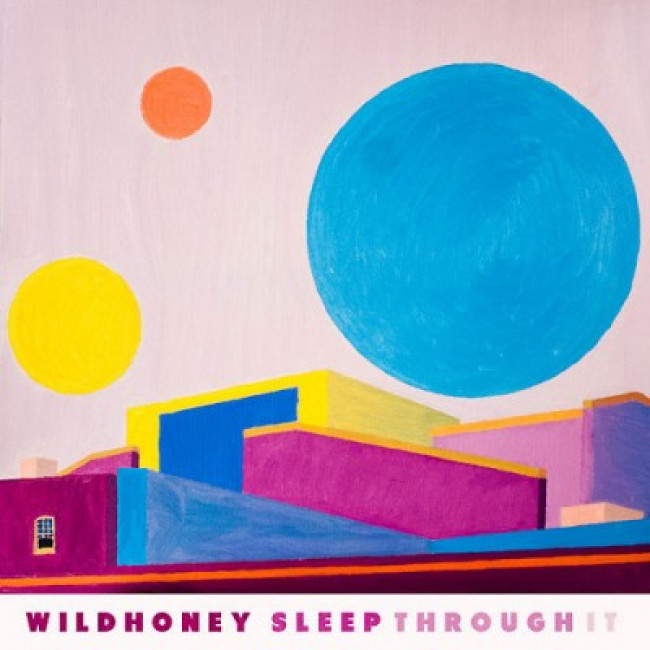 I can’t help but judge a book by its cover, a wine by its label and a band by its name… which is probably why I blindly chose this album for my first album review.

Wildhoney sound like they should. I knew I would like them. Not because itʼs the sound of ʻnowʼ, but because it conjures a visceral teenage girl nostalgia for me. It’s the kind of jangly, atmospheric, fuzzy and dreamy music that takes me back to my bedroom in my mid teens. A place I would read, write, draw, imagine, burn candles and sometimes cry.

There is a quote that reads “Everything has been done before, all you can do is make it different or make it new”, which I struggle with at times. I really like this album, itʼs not necessarily that different or new. I can hear a lot of 4AD and early 90s shoegaze on here. Bands like Lush, Stereolab, Curve, Cocteau Twins and My Bloody Valentine may have been on the mix tapes Wildhoney listened to (or MP3s, depending on their age). How does one define new, though? Although Wildhoney remind me of other older bands, and probably sit within the neo-shoegaze genre, I want to reject comparisons. What is nostalgic to me may well be new to someone who didnʼt grow up listening to originals. There is a raw and energetic aspect to their sound, and yet they make classic indie pop songs. The tracks are beautifully crafted, experimenting with different timings and moods, and the whole record makes me excited! I would love to see this five-piece from Baltimore live. There is such a beautiful interplay between the guitars and vocals. Itʼs always so fun to witness this kind of musical choreography live on stage.

Their previous EPs, ʻSeventeen Foreverʼ (2014) and the self-titled ʻWildhoneyʼ (2013), reveal a consistent sound aesthetic that has developed over the last couple of years to culminate in this, their first album.

The opening track ʻFall Inʼ opens with a frantic little punky rhythm which then evolves into a beautiful melodic vocal, rising and falling between verse and chorus thoughout… it has me hooked within 15 seconds. At 2:21 minutes, it warrants several repeat listens. Singer Laura has a beautiful range, moving between a low, well pitched drone and high lilting and chiming notes.

The stand out track is ʻOwe You Nothingʼ. Itʼs pretty yet dark, poppy and urgent… The sort of song I would have stopped and started on the cassette deck to hand-transcribe the lyrics, committing them to memory (a mantra for my latest teenage heartbreak). There is a wall-of-guitar fuzz refrain that kicks in quite suddenly and then falls back into the dreamy and super-catchy chorus. I keep coming back to this song for this exact moment.

The title track is so easy on the ears, and feels really familiar… it all does really! ʻSeventeenʼ, last year’s single, is also included, and should be, as it’s another great song. ʻMaybe Youʼre Crazyʼ is just rocking… and finishes up in a jangly dreamscape. There are beautiful segues between songs, a very considered stop/start or a fuzzy outro blending into the intro. This is precisely executed between ʻTea Leavesʼ ʻFsaʼ and ʻSuper Stupidʼ. The latter of which just makes me want to stand in the dark swaying, with my eyes closed.

In a nutshell, this is perfect atmosphere-laden indie pop music, and it is sooooo listenable. The cover art is also intriguing, it features an almost psychedelic semi-abstract painting of what looks like a futuristic urban utopia. There are no doors, there is just one window visible, and it feels like that’s a subtle nod to our collective teenage bedroom consciousness.