Why the Australian Music Press needs to get in the bin 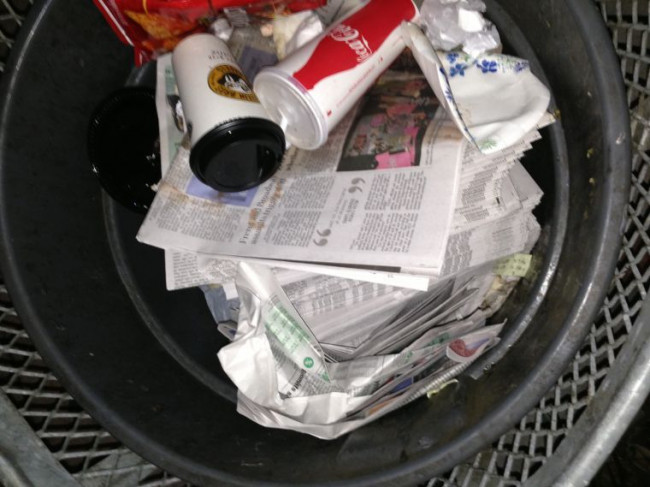 The collective Australian music press needs to be congratulated this week for hitting new lows that you just wouldn’t have thought possible.

Triple j, as with most of the other Australian music press, deserves to be congratulated for naming the victim of abuse and threatening behaviour from the lead singer of unfathomably popular Sydney white boy reggae band, Sticky Fingers.  Triple j deserves extra credit for also adding to their article and their Facebook share, “If this story has brought up issues for you/anyone who’s been a victim of domestic violence or sexual assault, you can talk to the national helpline for advice and assistance on 1800 RESPECT (1800 737 732)”.  You just named the victim of abuse, you fucking idiots.  Get in the fucking bin, triple j.

Congratulations to all the websites that also manged to print up screen captures of the victim of abuse, including the person’s personal Facebook account details, so a bunch of shit people could personally abuse the victim of abuse and threatening behaviour after the unfathomably popular terrible band of awful people announced they were going on ‘indefinite hiatus’, as if that were the victim’s fault.

Congratulations to copy and paste specialists Music Feeds, who smugly posted up screen shots of deleted posts that the victim of abuse and threatening behaviour had initially posted up on their Facebook page but deleted when the reaction became too overwhelming for them.  That’s some real Woodward and Bernstein stuff going on there, you fucking idiots.  The Pulitzer is in the post for that piece of outstanding journalism.  Get in the fucking bin, Music Feeds.  Music Feeds also deserve extra credit for not knowing what ‘indefinite hiatus’ means.

Congratulations to Happy, “a leading tastemaker in the emerging music space”, who compiled the thoughtfully titled article ‘Here’s All Your Sticky Fingers Drama in One Place” because verbal and physical abuse and threatening behaviour is such drama.  Extra credit for referring to Sticky Fingers as ‘Sydney scallywags’, because a history of shit behaviour – multiple drunk driving convictions, and even more accusations of racism, verbal abuse and threatening behaviour – shows just what a bunch of amusingly mischievous rascals they are.  You should keep a careful eye on them just in case they’re apple-scrumping while your back is turned.  Bin.

How about Rolling Stone Australia? Well, to date they haven’t even recognised that anything has happened: nothing on their website, nothing on their social media accounts, despite having covered the band in the recent past.  Maybe if we pretend it didn’t happen we can get back to awarding three stars to everyone and continue to put men on the front cover of the magazine, hey? Embarrassing.  (For the record, Australian Rolling Stone featured one woman on its cover during 2016 [Adele] and two in 2015 [Madonna and Stevie Nicks]).

Having moved on from the news reporting, the Australian music industry then collectively decided it was time for the next phase, the thinkpiece.  And seriously, fuck me, the sanctimonious hypocrisy of the Australia music press is staggering. The collective hand-wringing crisis of conscience is just nauseating.

Someone at Tone Deaf managed to write with all seriousness:

“…We must also ask ourselves whether we are complicit in what appears to be the breakdown of Sticky Fingers, meaning the media and the fans. By reporting on Frost and the band’s repeated anti-social incidents and often writing them off as larrikinism and adding to the punky charm of the band, have we encouraged and contributed to what is a human being’s serious mental health issues?…”

‘Punky charm?”  Really? Well, yes, stories of abuse, threatening behaviour, racism, drunk driving, sexism and misogyny over the years make them sound like a charming bunch of fine outstanding fellows.  Ah, Larrikinsim.  That time- honoured Australian defence for being a dick.  That it’s taken you all this time to ask yourselves these sort of questions shows why your website deserves to be in the bin.

…And we, the Australian music industry and music media, were happy to go along with it. We’ll still put them on festival lineups, even with their “colourful” history. We – and I’m talking about Pilerats directly here – still post articles about their new singles, still ran interviews with the band (which Frost is always almost never present for), still support festival lineups they’re playing…  We’ll post an article about some crazy drunken antics from Sticky Fingers’ lead singer because it’s great #banter, or #rock’n’roll!…

Yes, because years of abusive behaviour is ‘HASHTAG GREAT BANTER’ and ‘HASHTAG ROCK ‘N’ ROLL EXCLAMATION MARK’.  The lack of self-awareness is astonishing – it’s as if, after all the five years you’ve been running, you’ve suddenly realised that you are what you publish, the bands you chose to support reflect the organisation you are, that you’re gonna wake up one morning and know what side of the bed you’ve been lying on.

And The AU Review likewise:

“We’re talking about a lack of conversation about the culture of turning a blind eye and sweeping this behaviour under the rug by those of us in a position to generate a positive and supportive environment for those affected. I’m not holding myself or our publication above everyone else – this is the first I’ve felt properly felt incensed and compelled to speak about the subject, even though I have seen plenty of these scenarios play out over the years…

Stop making excuses and call the behaviour out for what it is. Let’s not wait until the situation reaches this point and the only thing fans are going to come away from it with is uninformed vitriol. Obviously, it doesn’t start a constructive conversation…”

You admit to having ‘seen plenty of these scenarios play out over the years’, but you didn’t say anything about it.  You admit to having first-hand experience of Sticky Fingers’ abuse but you didn’t say anything about it?  You are in a position of power and authority where you could have called out on music industry bullshit but you didn’t?  Now you’re telling people to ‘stop making excuses and call the behaviour out for what it is’? Maybe you guys should stick to what you’re best at, writing glowing reviews of Australian burger joints.  Wait, did someone say advertorial?

It’s Sticky Fingers’ much deserved turn in the spotlight today, but these websites continue to support and promote other bands and organisations who should have been challenged a long time ago, except the number one rule of the Australian music industry is “Don’t rock the boat”.

The big question no one has asked is whether or not any of the Australian music press would have written anything if Sticky Fingers hadn’t had announced an indefinite hiatus, whether they would have just turned a blind eye to it all, as they always do.  The question probably hasn’t been asked because everyone already knows the answer in advance.  It would have just been yet another story of abuse to add to a long list of abusive and unacceptable behaviour and the Australian music press could have got back to the important work of “AUSTRALIAN MUSIC IS KILLING IT!!!!”

The Australian music press makes me angry on pretty much a daily basis for its overall terribleness – but for the last few days, I’ve just been seething.  That’s why they all belongs in the bin.

Note: This article doesn’t include any hyperlinks as (a) none of these people deserve any page hits, (b) most of them named the person abused and have screenshots and/or text taken from the victim’s personal Facebook page that was deleted when the abuse they started receiving became too much.