Who was it that said pop and politics shouldn’t mix? | 20 incredible Nina Simone songs 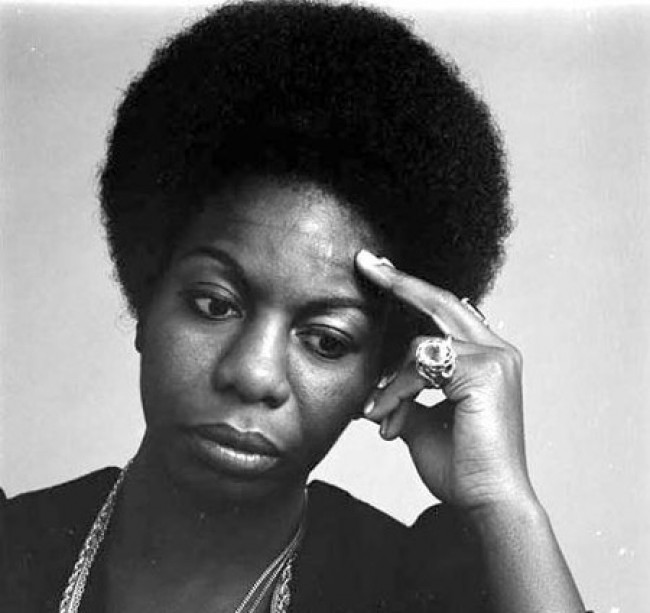 This isn’t my personal list. You can tell that. The top entry is one of the very few occasions where I prefer another version to Nina’s.

Who was it that said pop and politics shouldn’t mix? A white man, no doubt.

“Slavery has never been abolished from America’s way of thinking.”

“Jazz is a white term to define black people. My music is black classical music.”

“The worst thing about that kind of prejudice… is that while you feel hurt and angry and all the rest of it, it feeds you self-doubt. You start thinking, perhaps I am not good enough.”

“Everything that happened to me as a child involved music. It was part of everyday life, as automatic as breathing.”

“I think the rich are too rich and the poor are too poor. I don’t think the black people are going to rise at all; I think most of them are going to die.”

“It was always Marx, Lenin, and revolution – real girl’s talk.”

8. Funkier Than A Mosquito’s Tweeter

“I would like you to know, I am a doctor of music.”

“This may be a dream, but I’ll say it anyway: I was supposed to be married last year, and I bought a gown. When I meet Nelson Mandela, I shall put on this gown and have the train of it removed and put aside, and kiss the ground that he walks on and then kiss his feet.”

10. Black Is The Color Of My True Love’s Hair

“You have to learn to get up from the table when love is no longer being served.”

“Desegregation is a joke.”

“There’s no excuse for the young people not knowing who the heroes and heroines are or were.”

“I think the rich will eventually have to cave in too, because the economic situation around the world is not gonna tolerate the United States being on top forever.”

“To most white people, jazz means black and jazz means dirt, and that’s not what I play. I play black classical music.”

“I try to swim every damn day I can, and I’ve learned to scuba dive and snorkel.”

17. My Sweet Lord/Today Is A Killer

“From the beginning, it has been a no-no for a black man to touch a white woman.”

“I would like a man now who is rich, and who can give me a boat – a sailboat. I want to own it and let him pay for it. My first love is the sea and water, not music. Music is second.”

“You can’t help it. An artist’s duty, as far as I’m concerned, is to reflect the times.”

“You don’t have to live next to me/Just give me my equality.”

Also mentioned:
Baltimore
Be My Husband
Do What You Gotta Do (slow)
Hollis Brown
I Can’t See Nobody
I Got it Bad (And That Ain’t Good)
I Got Life
I Loves You Porgy
I Want A Little Sugar In My Bowl
Just In Time
Just Like Tom Thumb’s Blues
Lilac Wine
Little Girl Blue
Mister Bojangles
Mood Indigo
My Man’s Gone Now
Ooh Child
Plain Gold Ring
Save Me
See Line Woman
Trouble In Mind (slow)

…which doesn’t even begin the scrape the surface…

2 Responses to Who was it that said pop and politics shouldn’t mix? | 20 incredible Nina Simone songs