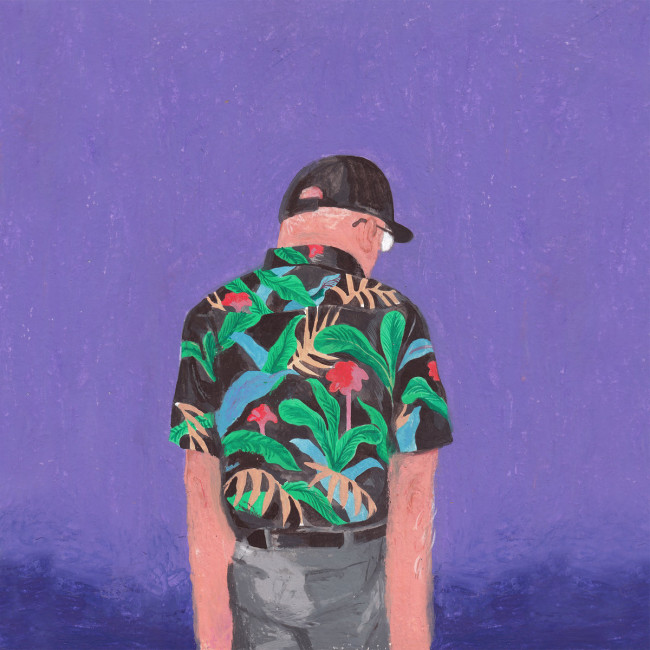 Listening to Melbourne’s Tourist Dollars on their debut EP is like drifting into scenes of a slightly melancholic 1970s romance movie. They’ve got this nostalgic swagger to them, like a band performing to a mostly empty school hall covered with adornments from a local party supply store, with two star-crossed youths swaying beneath a softly lit disco ball at some mediocre prom out in middle America. The music by and large is gorgeous, but not overproduced, still rife with personality.

On “Ageless” Tourist Dollars are sombre and reserved, harmonising over soft waves of synthesiser and simplistic drum ticks; “we won’t even have to breathe” they recite, drawing an image of some holy afterlife, a final resting place fit for two, waves lapping on shores as the song fades. It’s as ballad as ballad can be, steeped in weirdo poptimism production ala Ariel Pink. It’s a little strange opening the EP with something that sounds like an epilogue, and considering how strong a role imagery and narrative plays in Tourist Dollars’ style, “Ageless” feels like the closing chapter more than anything, something that belongs after the energy that comes from later tracks like “End of Times” and “Horse Girl”.

“End of Times, Melting Minds” is the first inkling of the ambition present in Tourist Dollars’ blood. Something of a two-parter, vocalist Jesse McCormack spends the first minute and a half crooning over the harmonising of brothers Dave and Aiden McMillan.

This opening phase had been cut from the ‘single edit’ that has been hanging around on Soundcloud for months now; but the song really benefits from McCormack’s opening. The introduction serves as just the right tension builder before Dave, Aiden, and Mikey Young’s production kick in for what is possibly one of the most faithful recreations of pseudo-psych prog dude rock that the 1970s had to offer.

Dire Straits, America, The Zombies, it’s all here. The melodies sound like something McCormack found recorded onto a cassette tape from his dad’s old music collection, and the ‘end of the world’ (sorry) gusto with which they’re delivered is unlike anything I’ve heard come out of Australia’s independent scenes in a while.

It’s all pretty bloke-y though, coming through with that same amount of existential male introspection prevalent in so many ‘intelligent’ rock bands past and current. It’s all writ large against an end of the world scenario that has been put to tape so many times before. Tourist Dollars didn’t just carry over the grandiose nature of 70s rock, they carried over the tiresome stuff too.

“Horse Girl” is more straight forward, a thumping, power chording, capital letter Rock Song. It’s a nice alternative to the galloping intensity of “End of Times”, but the scope is reduced significantly. Dave and Aiden are at times Tourist Dollars’ best asset, lifting the music to that higher place it so desires; their harmonies and yowls lend verve to what could have easily been unremarkable choruses.

“Reflection” is the biggest departure the EP has to offer, diving full speed into electro pop, sounding like a more vocally energetic Washed Out song. It’s ultimately the least considered or interesting song on the EP, lacking a major signature, McCormack resting mainly on two repetitive vocal melodies. It’s not bad by any means, but coupled alongside the thump of “Horse Girl” and the ambition of “End of Times” it shows it’s cracks.

As their debut EP shows, Tourist Dollars have got something to prove. I can’t wait to hear this stuff laid out on a proper record.