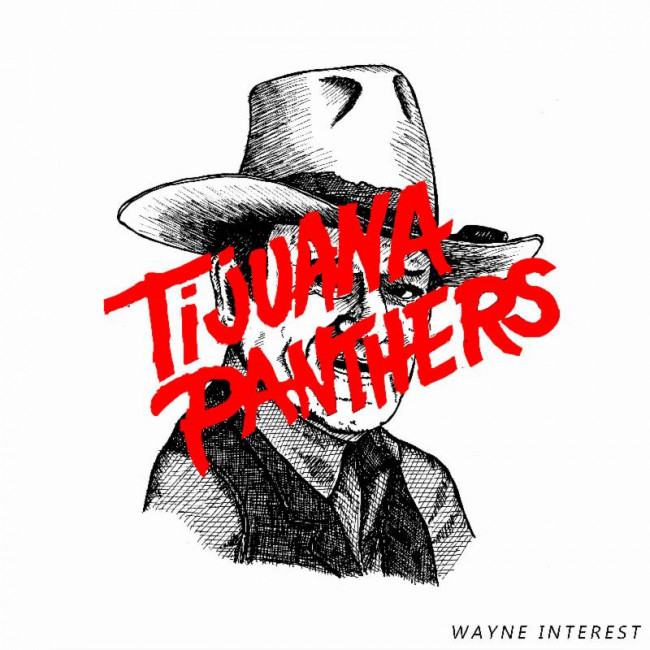 Funny what slips through your fingers and out of your head, eh? Last summer I reviewed Tijuana Panthers’ Semi-Sweet for Gold Flake Paint, but must confess that I hadn’t revisited it at all this year. Let’s re-acquaint ourselves.

Semi-Sweet was just one fun, knock-about romp, really. Tons of lo-fi stomp, familiar melodies and harmonies rebounding like forgotten friends that ya used to romp ‘round the playground with (that is, if your playground, like mine, was built on top of cheery oldies stations). Yet, with songs like “Forbidden Fruit” and “Father Figure”, the blokes actually sounded out some less common adolescent themes – like dealing with an absent father and practicing abstinence – while still having a blast. That’s more creative spark than most slavish garage bands ever strike up. But ‘twas all boogie-woogie fun in the sun, nevertheless, even as the blokes denied the “surf” moniker in this interview (also via Gold Flake Paint, conducted by who else?).

One year down the road, and the setting hasn’t changed – but the weather has.

(If I were you, though, I’d toss this video up outta sight on yr browser and hear it blind as I did, ‘cos the arty-farty toss-off below clashes directly with the tumult I envisioned further below.)

The thinly veiled Gang of Four rip “Four Horsemen” (“Natural’s Not In It” verses, to a tee) crashes in like a curling tsunami, heralding a new plan of attack. To begin with, the production’s much clearer, and all the better for those salty twang riffs. Even better, though, the bass grumbles like it means business, casting stormy clouds over the once sparkling shore. See also the crunchy rhythm of “Money Jar”, and the thick black asphalt of a bassline over which bright bell tones ricochet off violently.

Now, before we go any further, let’s not forget that rant I spewed out earlier with White Fence: no, I don’t have patience for formulaic genre re-hashes. And, true, our Tijuana boys don’t break new sonic horizons. But, on the other hand, where White Fence bowed at their temples, Tijuana Panthers skateboard through the halls, whooping and hollering with their hands in the air.

No doubt the boys were grinning ear to ear with some Dead Milkmen-ish mischief up their sleeves when they cry “I think I’m gonna get fired / fired today” on an otherwise straightforward, albeit Ramones-speed, rock n’ roll blowout (“Fired”). No doubt, too, that they were dicking around in a most Chain and the Gang fashion on the greasy slick noir “NOBO”, especially at the shamelessly announced middle section (”Guitar.” Cue solo. “My turn.” Cue second solo.)

Note to world – dicking around is good. I encourage it. Metaphorically, anyway.

And that’s the difference, I think. The Tijuana boys got a schtick, all right, but it’s a multifaceted schtick – a post-punk-honed focus on summertime riffage and instant hooks – and besides they SELL it. “Time” charges straight from Dick Dale to the Stranglers and back again; the rocket-fuelled “Cherry Street” churns in such a fiery manner that ya can’t help but hurtle forward with it. And they sling the title track about like the Gun Club might – with slap-bang chugga-chug wild west abandon – which always scores marks in my book.

Yet when the boys wanna woo, they can with “7th Seal”; when they wanna throw sugar-sweet pop into the red, they can with true Buzzcock fervor on “Everybody’s Happy Nowdays” (which, as luck would have it, IS a Buzzcocks cover).

It’s a deceptive schtick – one run-through and you could easily write off Wayne Interest as a one-trick pony. And, to some extent, it is. And that’s FINE. Tijuana Panthers sing and strum with enough bravado to lift the tired format out of the grave and back into the sunlight.