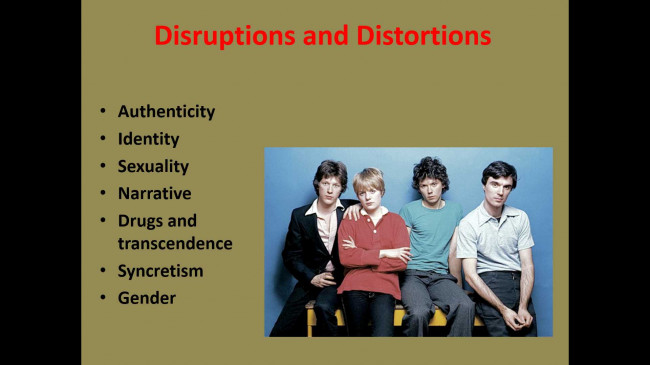 This was for the general introductory lecture + tutorial. Most of the quotes below are mine. Click on the song title for the link.

1. Destiny’s Child – Survivor (ft. Da Brat)
Never even knew this song till I saw Beyoncé perform it last year, surrounded by clouds of glitter and fame.

2. Elvis Costello – Pump It Up
I was channelling my DJ self from Istanbul 2007 at this point.

4. Buzzcocks – ESP
I didn’t play this during the lecture, but it’s a bloody handy room clearer at the end of tutorials.

5. Plan B – Ill Manors
Makes me proud to be part-British.

7. Undertones – Teenage Kicks
“There is no such thing as good and bad music. Only good and bad listeners.” – John Peel, British DJ

‘Work’ from last year was glorious: a hook to send forgotten idols panting to the poolside with a song that was musical autobiography and motivation mantra rolled into one, with any amount of twerking involved (presumably because that part, at least, is true). And that vocal accentuation on “bee-yitch”! As one YouTube commentator put it, “She’s so damn weird she could almost be Floridian – and she’s from Australia!” The video deserved its 36 million hits, and more – and yes, there was a focus on The Female Posterior (made a change from The Female Pussy), no shame or subterfuge (hiding behind the ‘parody’ word) involved.“Valley girls giving blowjobs for Louboutins. Whatchu call that? Head over heels”… I had no fucking idea what Louboutins were until I heard this song, but this laconic shit is funny, you understand? – Appeal of the WRONG! in Pop: Lana Del Rey, Iggy Azalea, Gaga, Mariah

This was one of two performances that night that captured the essence of Nirvana for me, nervy and racked with self-doubt and feeling the music with every inch of her body, the same way Kurt once did. Yes it was confusing, gloriously so. Her voice reminded me of what I so missed from Kurt’s voice when I heard that horrendous remastering job on Nevermind a few weeks ago. It very much surprised me to encounter such a performance in such an incongruous setting. I didn’t think there would be any. – The return of Everett True | 5. Nirvana ft. Lorde

Be sure you mention that ‘Party In The USA’ was written by Jessie J, Dr. Luke and Claude Kelly. Mention how much you love ‘Price Tag’ by Jessie J which is basically ‘Party In The USA’ re-written with anti-consumerist lyrics. Describe this video of a grade school chorus singing it. – Advice for Everett True on How to Write About Nevermind

14. Dexys Midnight Runners – Come On Eileen
Number one in the UK, US, Australia and a whole bunch of other countries as well.

15. Jefferson Airplane – White Rabbit
Apologies for lack of volume while playing this one. It should have been a hundred, a thousand times louder – so loud, it shook the very foundations of QUT.

There were other songs, but that will do for now.