The San Sebastian – Alive on the Black Sea (Spunk) 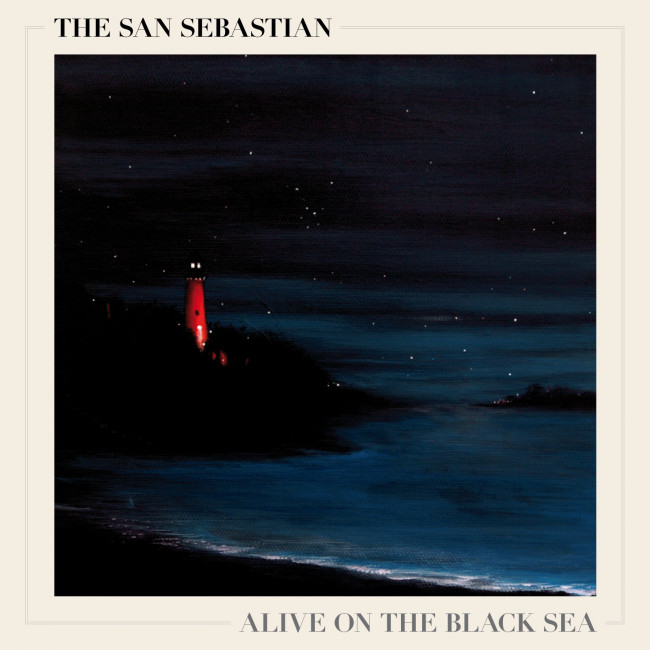 The San Sebastian’s debut album, Alive on the Black Sea, is an intriguing debut for Adelaide brothers, Dan and Joel Crannitch. If you were a fan of Sydney’s 78 SAAB in the early 2000s, or love other alt-country rock bands such as The Decemberists or Band of Horses, you might care to have a listen to these guys. They’ve worked with indie producer, Phil Ek (Fleet Foxes, Father John Misty, The Shins) in the U.S. to create this catchy but eclectic, guitar-based, but diversely lyrical album.

Initially for me, Dan’s strikingly nasal vocals take a bit of getting used to. Kind of reminds me of  Placebo or Jebediah, whom I could only take for a couple of songs before I’d get pissed off. However, I have to reflect on my hypocrisy in that I have more R.E.M. albums in my collection than any other band, and Michael Stipe is certainly one to pass a tune down his nose. As I listen to Alive on the Black Sea, I realise Dan sounds more like Neil Young, and let’s face it, who am I to diss such legends as Young or Stipe?

The opening three tracks are the stand outs. First single, “Red River”, sets the tone with its toe-tapping beat and gritty guitar.

“Wildfire” is probably the best song on the album and has stuck in my head big time – in a good way – the chorus swirls in my conscious hours making me want to play it again and again.

There’s an homage to Dirty Three in the howling strings on “Always the Last to Know”, which is a nice touch given the guys supported Warren & co. in the past (in their earlier incarnation, Leader Cheetah). It’s a great ballad and more substantial and fulfilling than other tracks that come later.

The album is punctuated by short instrumental pieces that act like little palate cleansers between courses. “Templo del sol” is a huge digression, like I’ve entered some ‘70s soft-porn set, whereas “Wave of Fire”, with its horns and shimmering marimba-sound is like Calexico have popped in for a quick guest appearance.

I really like this record. It’s memorable, accomplished and miles ahead of anything contemporary on commercial radio. However, for me, it tails off a little towards the end, though that’s not to say it isn’t an impressive and mature debut.