The Rutabega | the best album of 2013 is by a little band from South Bend, Indiana 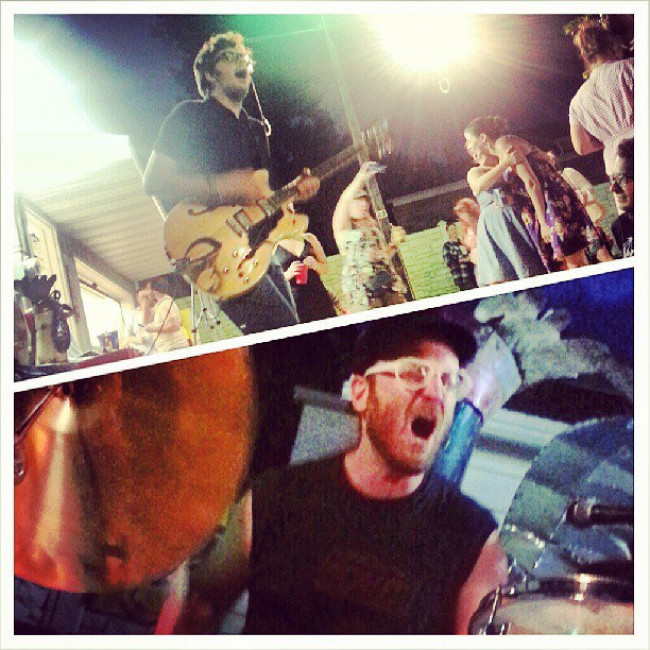 Ladies and Gentlemen: I am pleased to announce that you may end your search for the best album of 2013, because it’s by a little band from South Bend, Indiana with the unlikely name of The Rutabega. Hey, you’re welcome.

This album is called Brother The Lights Don’t Work. Two fellows, one on guitar and vocals and one on drums/keyboards and vocals. It’s sounds like something that you’ve heard as million times, but it really isn’t. This is something special, this is something worth paying attention to. So listen.

For the purposefully boxy among you, dear readers, if you require a laundry list of bands to know from this, fine. If you enjoy, or have ever enjoyed the works of Slint, Bonnie Prince Billy, Shudder To Think, Kid Dakota, Billie Holiday (yes), and Elliot Smith you will more than likely like this.

OK? Now can we just listen to this incredible album and be done with the tomfoolery?

‘The Shaman’ is an absolute stunner of a summer jam, hooks that sink into you and never lets go. You’ll be humming “best friend little boy tell me what you want to be“ before you even realize it and come back again and again. But that’s just one of this wonderful journey.

‘Turn On The Summer’ is a classic example of a song that justifies it’s long length. It’s a sonic journey that doesn’t forget to be a song. Hypnotic, relentless, and gorgeous. By the time Hensley gets to the lines:

You’re ready for the ding dang summer to be turned on! It’s enough to make you weep openly or start a riot, it’s hard to tell which. Maybe both? Who knows?

‘Buried In The Snow’ borrows strings from Chicago baroque-core band The Paver, and it doesn’t falter even a little bit. What would have been a hackneyed trick with a lesser band is executed with aplomb and reverence that adds to the arrangement in a very thoughtful and appealing way.

Hey, if you cannot find the wanting beauty and heartache in a song like “out of the woods and into the lights” son, I believe you are listening with the wrong ears. I’m sorry. I’m sorry for you and for your ears. You should get that checked out.

It’s here that the incredible dynamic rhythm of Garth Mason really comes to the forefront, driving along the song and providing sweet, sweet harmonies to boot. The gentlemen drop the song to the gentlest of whispers, the wind softly rustling through the trees as the thought of hope itself is reduced to only a soft platitude. They then come crashing forth, the story book redemption that so often fails to come in real life. Breathtaking.

I’ve had the pleasure of seeing this very special band that lives thousands of miles from me a couple times now, and most recently at an event full of nothing by A List bands all bringing what they have as hard and as poignantly as possible. I tell you, I have never seen the combination of grown men getting teary eyed and fist pumping at the same time, girl and boy all swaying along to the rhythm in perfect peace. I’ve never seen anything so pure, I’ve never known anything so true. These two guys, these two fuggin’ guys ovah heah?!?

This is some music folks. Turn off that tepid fourth generation Crosby, Stills And Nash crap and turn on THIS.

Look: here’s the problem, earnestness has been hijacked by utter idiots and fools, wastoids and shameless marketeers. That isn’t the fault of sincerity; it’s just a systemic problem. The Rutabega singlehandedly states the case for sincerity itself in such a clear and cogent way the only reaction is to softly smile, bob your head a little bit and give into the tidal wave of sad, simple, beauty that issues forth.

3 Responses to The Rutabega | the best album of 2013 is by a little band from South Bend, Indiana