The return of Everett True | 99. The Shivas 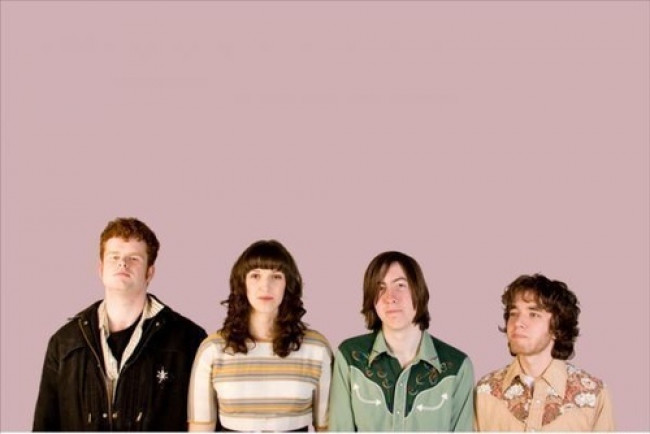 I’m a little confused here. I have The Shivas’ Whiteout and it sounds… no, not sludgy. It sounds like many other things of its time (2013). (Hint: it’s post-Vivian Girls.) There’s little wrong with it, aside from the fact if you’re gonna do these girl-pop harmonies then you might as well have a girl singing (unless you’re Joey Ramone or Hunx And His Punx or someone). It’s stylised (that’s not a diss). It’s surf (not a diss). It lingers, but it doesn’t cut. It lounges by the pool side but doesn’t jump in and make a splash because… well, what’s the point when you can just curl up and read Salinger? Doubtlessly, some would think it “dreamy”.

It certainly isn’t this.

And that bothers me. Because this (that) is so fine.

Mike Turner nails it once again, although I’m not certain about his grammar.

The Shivas are a really interesting band to have on K, especially since the label has done a bunch in the garage rock scene outside of Girl Trouble. The band are a bit more sock hop than say hot rod, but the record has that Americans doing a merseybeat sound, which is just Brits redoing Buddy Holly and Little Richard. It’s always fun to hear these classic styles filtered and made into something new.

Vice reckon they make surf rock sound creepy. Really? Maybe that’s the rest of the album because this song sure isn’t this.