The return of Everett True | 93. Sylvan Esso (and a whipping for the critics concerned) 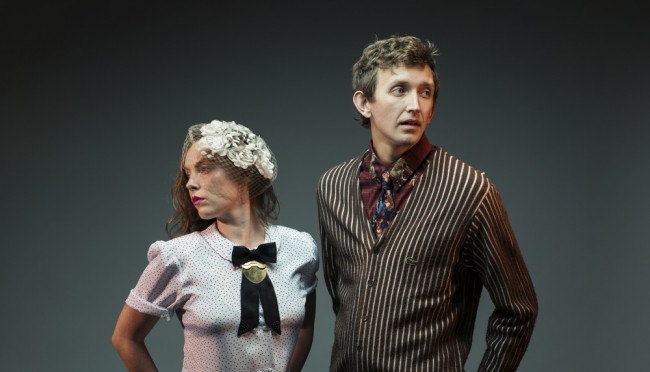 The album has received positive reviews from critics. James Christopher Monger of AllMusic awarded the album three-and-a-half out of five stars, calling the album “club- and café-ready, artsy and cool”.[1] Tom Breihan ofStereogum called the album “a breezy, joyous piece of work”, as well as selecting it as an Album of the Week for May 2014.[8] Lior Phillips of Consequence of Sound gave the album a positive review and stated that the combination of Meath and Sanborn for the album is “a true achievement for a duo who are just starting to sow their musical seeds”.[9]

OK. What the FUCK does “a true achievement for a duo who are just starting to sow their musical seeds” mean? (We used to have conversations like this is the alcoves of Melody Maker constantly. Ripped writing right apart, and sometimes put it back together again.)

First up, the phrase “a true achievement”. What a fucking lazy piece of writing. What is the critic actually trying to impart here? That other achievements from similar artists are somehow ‘false’? Please define your parameters. That other works from similar artists aren’t achievements? Surely, they all are, whether you like them or not, whether you think they’ve been whipped together in five seconds or laboured over for five years? And how the FUCK does a duo sow their musical seeds? Seriously.

If you’re going to use an analogy then please, let it make sense.

Next, that sure ain’t a positive review from AllMusic – not in my book of seeds leastways, sown or not. Sounds like a snarky putdown to me, but I guess you have to know the predilections of Mr James Christopher Monger to be really sure of that. Maybe he thinks it’s a cool thing to be “café-ready”, typing the words with a certain fanatical glee as he sits there sipping his double frothed latte. Maybe he reckons that’s the utter height music can aspire to, to be “café-ready”… I suspect not though. Most critics are bitter twisted creatures, too full of rejection and unpaid work to be praising music in terms of social gatherings.

At least I can understand what the Stereogum reviewer is trying to get at… although where I come from “piece of work” more commonly is prefaced by the words ‘a right’ meaning ‘nasty’ – which makes me wonder whether Mr Breihan is using hidden words for hidden emphasis. In other words,  Syvlan Esso are a breezy, joyous (right) piece of work, the nasty sods. Perhaps his editor wanted him to praise the album but he didn’t like it but still wanted to get paid, and this is his hidden protest? Rumbled.

Everett True likes this song – cos it shimmers, and stutters, and makes him feel momentarily lifted – but figures he’s a year late to the party so he’ll shut his damn mouth right now.