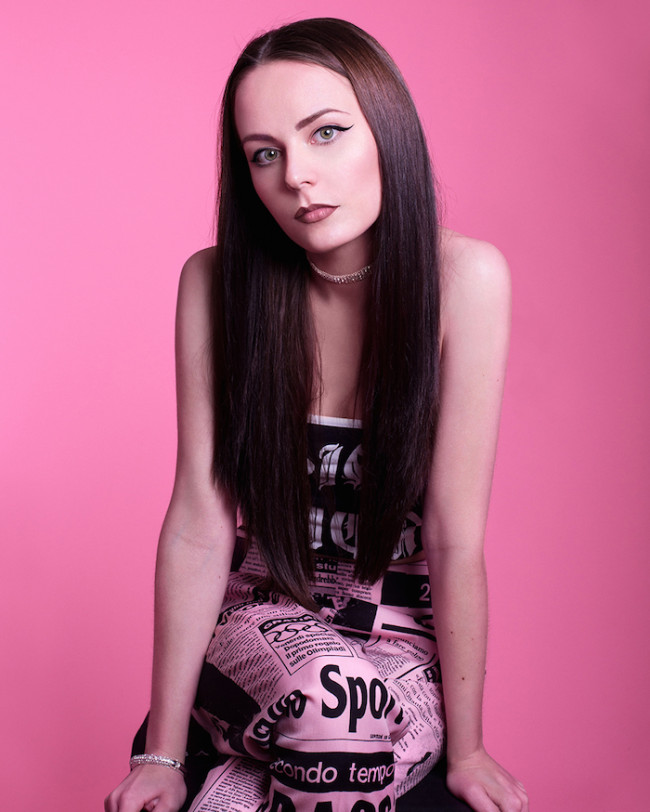 Both this and GFOTY are tips from Tasmin, one of my most trusted sources. She sez: “for pure pop music, basically everything on the PC Music label is great“. I trust her, so I listen. And she’s right.

I can only imagine that if you’re heavily into yr classic grunge and yr Kings of Leon and Grinspoon, you may well not like this. There again, who am I to judge what how schizophrenic and warped your musical taste is? This is like floating in a helium haze. This is like being the one, the only of Nina’s ’99 Red Balloons’ (yes, I am aware what that song is actually about, thanks). Or perhaps… well, I don’t know. What I’ve heard of this whole PC Music set-up reminds me somehow of Ze Records, and I ain’t complainin’. I mean el records. It’s so simple and squeaky-bright and repetitive and desperate and adorned with multi-coloured bubbles and pony ribbons it becomes near demented. As someone comments on the SoundCloud, it sounds like it’s from the 37th Century. Hyper-normal. Pop music taken several levels up. Make no mistake. This music will confuse and irritate you before it delights you. Unless it doesn’t.

Some kind of magic.

This person here puts it far better than I am currently able. To.

Listening to Hannah Diamond’s latest glittering effort “Attachment” it becomes painfully apparent that the word attachment isn’t strong enough to describe her feelings for a former flame. Within the first few lines, the PC Music-group “queen” (as Gorilla vs. Bear describes her) recalls “all the times when we would go to sleep, and you were next to me, and I would see you in my dreams,” over crisp drum-hits and an undulating synthesizer. In that intimate setting she’s told “we will be together, forever,” and even after the dissolution she clings to the promise like the picture saved on her phone. An attachment is something you can unhook yourself from. The dire straits Diamond navigates are best described as “dependency.” When Diamond catalogs “all those nice things” said to her, you get this desperate sense that without those words Diamond would be defeated. That her sole contentment comes entirely from someone else. Losing yourself in another person is possible here and it’s perilous.

This is almost better.

This mix here is so fucking GOOD!