The return of Everett True | 80. Alvvays 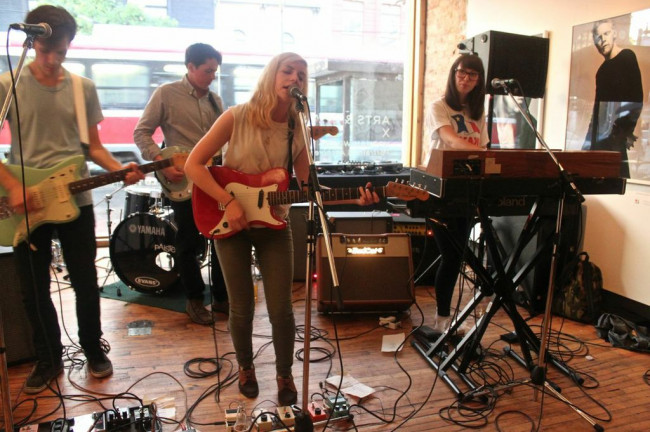 Consistency is seen as a virtue by some. Shame, really.

Christianity isn’t seen as a virtue by some. Shame really.

The tip comes from Scott, really. The noise you hear is me extricating myself from the windscreen. It’s obvious.

Music likes this commands me. I have no say in the matter, nothing to write about the affair. It does everything I require, and it does much more besides. It resonates and ring-a-ding rings and runs riot inside whatever battered part of my brain processes music like this. Clearly, if I had any pride I’d deny all this. I’d claim indifference, annoyance. I’d cite circumstance, repetition. I’d say only Camera Obscura can matter this much to me. Or is that the Concretes? Or… wait. Isn’t that the last time I felt sexy?

Here it is. Scott really. He knows. He knows it well. He knows there’s nothing more annoying than being called out on the predictability of your taste, but I refuse to lie for the departing crowd. The empty rafters. The pigeons shitting on the barricades. He knows all this and he also knows I can’t resist and so he calls it true. He calls it in. He calls it now.

Here’s one that might scratch the stereotypical ET sweet spot.

I’m guessing they’re Swedish, but music has moved so far on now that I’m now guessing they’re American, Boston probably. Or something along the Canadian border. No one has shame and why should anyone have shame? I have no shame. I will always follow the crowd if it results in music like this. (It so rarely does.) This song makes me yearn to yearn so hard it feels almost like yearning. This song makes me imagine like there still could be someone out there waiting for me, swallow me whole. Please marry me. Please.

This is so much better than sex it makes me blush all over.