2013 2014 2015 2016 2017 2018 2019 album review Beyonce Blank Realm Brighton Brisbane Collapse Board Everett True feminism In Photos Justin Edwards Kurt Cobain Lady Gaga Lee Adcock live review Melbourne Music criticism Nirvana NME Pitchfork Plan B Magazine Princess Stomper punk rock Ramones Riot Grrrl Scott Creney sexism etc Song of the day Song Of The Day Sonic Youth The Beatles The Deadnotes The Fall The Foundry The Legend The Tivoli The Zoo Tunabunny Wallace Wylie
Privacy & Cookies: This site uses cookies. By continuing to use this website, you agree to their use.
To find out more, including how to control cookies, see here: Cookie Policy
Added on May 31, 2014  Everett True  Everett True , Jangle-Pop , Nirvana , post-punk , punk , Song of the day , The Cranberries , The Cure , The Pains Of Being Pure At Heart , The Sundays

The return of Everett True | 8. Makthaverskan 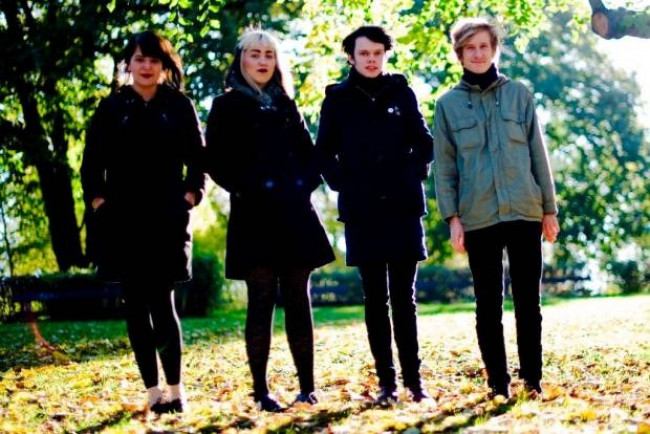 All music reminds me of the past. How can it not?

The comments underneath this clip of music mention variously The Cure, Nirvana, The Cranberries, punk, post-punk, The Pains Of Being Pure At Heart, jangle pop… and I will throw in a guess at them being Scandinavian, probably with a couple of boy members.

This goes to prove… little. This song sounds like great forgotten 90s band Kitchens Of Distinction fronted by someone who has clearly once listened to The Sundays.

This also goes to prove… little.

All music reminds me of the past. I interviewed The Boo Radleys in a London hotel on a stormy day in January 1991 and a massive oak tree – been standing for hundreds of years, doubtless – blew over and missed the plate-glass window next to us by inches. This song makes me happy because it reassures me that I don’t exist in isolation. Even though I do.

According to LastFM, resolutely more reliable if you’re looking for straightforward description then a squadron of bevies of unpaid critics:

Makthaverskan are a quartet hailing from Gothenburg, Sweden. They produce dark, post-punk tunes with the intensity of garage rock, punctuated by unexpected bursts of sonic pop.

I imagine they pose for photographs in overcoats a lot.

First time I heard this (from the source) I was going to pass it over for being too comforting, too familiar. And then I wondered, does that always have to be bad? Why do I always feel the need to feel unsettled?

I particularly appreciate the way all their songs sound the same.

Here. Be comforted. Drink of the same nectar as the other wildling honey-bees.