The return of Everett True | 75. Dalek I Love You 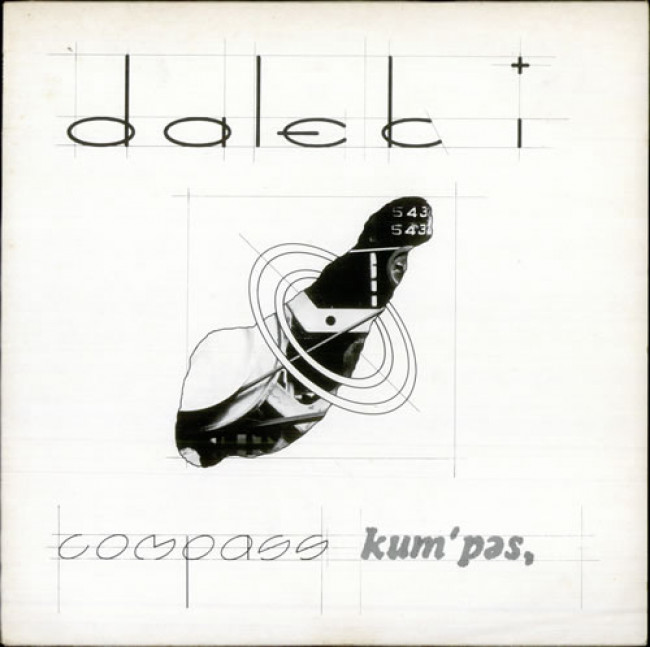 I try not to link back to the past too much in this series – broadly I agree with Ian MacKaye’s sentiments that no ‘classic’ music can hope to be as vital as music happening right now, today.

That makes no sense, though, not in reality. How do you define music that’s ‘new’? Is it music that came out recently (that would include Peace, Primal Scream, any number of retro bands) or music that is ‘novel’ (that would include Psy)? The way we used to view it at Plan B Magazine was that, broadly, ‘new’ meant new to us, i.e. if we hadn’t encountered it before or perhaps forgotten it existed. That ain’t too bad a working definition, cos I don’t like the idea of cutting off avenues for exploration and – obviously – music is only as vital as you, the listener, choose to make it.

Well. You know the above is some form of disclaimer. This music is neither ‘new’ (though it might be to you, which would be my justification here if only it wasn’t so malleable), ‘novel’ (though, once again, it kind of does sound novel in the context of all these synth-pop bands of 2014 believing that being a synth-pop band in 2014 means smothering the heck out of silence, instead of operating with a wonderfully delicate sense of touch) or ‘new to me’ (I ain’t forgotten it, far from it: I even named one of my first band Futile Hurling’s songs after this band, ‘Ilaked’ – the inverse of Dalek I). Whatever. The past week or so, my sojourns into the kitchen to prepare the family’s dinner have been brightened somewhat by the 1980 album from this sadly forgotten – not by me – Liverpool synth-pop band.

Various members were also heavily involved in The Teadrop Explodes and Orchestral Manouevres In The Dark – which makes sense, in terms of the melody and texture. It’s not heavy, far from it. It bounces, like Lauren having a tantrum… ‘cept this music never has a tantrum. Never. It does all those bits claimed later for Tears For Fears, but they were always a bit heavy-handed with the synths. It’s playful and fun and light-headed, but not flimsy. Influenced by Kraftwerk but unlike most of their contemporaries these smart Scousers realised that’s only a starting point, not the desired end result.

Wait, so David Balfe – subject of this Number One hit – was also in Dalek I Love You? Whoa. Now that makes sense. He was in SEVERAL of my other favourite Liverpool bands of the time (Lori And The Chameleons, The Teardop Explodes, Big In Japan). Alongside Bill Drummond he co-ran Zoo Records, which I loved, and the publishing company Zoo Music, which signed The KLF among others. He managed Strawberry Switchblade, for gosh sakes! And then he founded Food, and discovered Kula Shaker, but… damn.

We’ll forgive him that.

Anyways, this album…these songs…everything I’ve heard from Dalek I Love You I adore. I love you Dalek I Love You. This music thrills me now as it thrilled me then. Please someone: send me MP3s of their singles and cassette album so I can sate myself. Please.

One Response to The return of Everett True | 75. Dalek I Love You