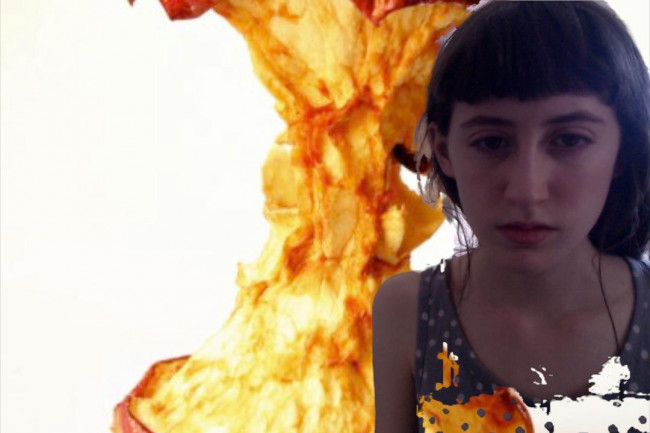 Peter [COLLAPSE BOARD] Contact Us
Hi Everett: I was the tour booker for the Lovely Eggs in Germany. They introduced me to your great work. I´d like to introduce you to Frankie Cosmos from New York, who also calles herself Ingrid Superstar. She is 18 years old and already released DOZENS of homemade albums on bandcamp. Each and every song is a jewel I believe! http://ingridsuperstar.bandcamp.com/ Her first CD was released by the fabulous Pukekos label. It´s called “Frankie Cosmos does France”. http://www.pukekos.org/2012/08/frankie-cosmos-emptiness.html She´ll be on tour in June / July and i hope to be able to bring her to the UK, too. Hope you enjoy the music! Toodles! Peter

I stopped writing about new music for Collapse Board at the end of 2013. It was a random, but necessary, decision.

I need to pause, just occasionally, to revitalise myself. I don’t ever want writing about music to feel like a chore. It’s too precious to me.

I’d been writing – consistently, unpaid – about new music for Collapse Board ever since its inception, four years back. I didn’t necessarily resent the ‘unpaid’ bit. There are always plenty of folk in the music industry, in culture and the arts, who produce moments of startling and singular beauty, few of whom receive much, if any, financial compensation. Sure that makes me sad. Sure I know what I do is better than most, but… damn. I needed a break. I didn’t necessarily resent the fact my audience seemed to have gradually dwindled over the years, either – if you leave aside the tens of thousands of folk who come to Collapse Board searching for photographs of Katy Perry’s breasts and the odd few who enjoy a good punch-up, it seemed that my (and most obviously, Scott Creney’s) attempts to push back the boundaries of music criticism through various abstract and non-abstract devices weren’t particularly welcome, either here in Australia or in the blogosphere, in general. All we were trying to do was be respectful to the music, find fresh ways of seeing and hearing. But, fuck. Folk just want the same old same old, I guess. The illusion of opinion instead of opinion itself. The illusion of change. A clichéd approximation of what it feels like to feel. But this, I felt was doing the music I loved – and continue to love – a disservice, if I felt unable to use my voice. Always keep music central in the conversation about music.

Sure, I missed the hidden communities – the sense of belonging – that often seem to spring up whenever I write about new music (way more rewarding than money if truth be told, although it would be nice to have both – and friends to speak to on the phone, or perhaps meet in the flesh, as well). I really can’t live without some sense of belonging, however much I try and kid myself.

So I ducked out, and concentrated on a handful of paid, sporadic work. It was nice to communicate with editors who actually took a bit of pride in what they do. It was nice to be read by more than 100 people (much as I love you 100 people).

A few days ago, I ran a post on Jonathan Richman – and was particularly taken by a passage written by Laura Barton for The Guardian, which she used to close the last column in a series.

Jonathan will always revitalise me. I’ve always understood that much.

In November 2012, I was contacted via the Collapse Board feedback section by a friend of a friend (see above) about a singer called Frankie Cosmos/Ingrid Superstar. I didn’t find the message till a year later, but something about it rang heart-true. I listened, and wrote back immediately – pleading for downloads of the dozens of albums and apologising for the ridiculous delay. I found myself entranced by Frankie Cosmos, by her simple unadorned songs and heart-true melodies and intimate phrasing and the way you could hear all the hours of silences that went into creating just one guitar chord. I loved the gaps, the pauses, the hesitation, the beauty. I was revitalised, struck silent by awe and gentle wonder and delirious delight, that Everett True even at the age of 53 could still fall so heavily for music like this. In a perfect world, she’d be what people talk about at every… In a perfect world… well, I wouldn’t even exist so let’s not be too sad about that. I found myself entranced, by Frankie Cosmos, and revitalised, the same way I was once so entranced by a live cassette tape of Jonathan Richman that Stephen Pastel sent me in 1982, with a simple note attached. “Jerry, listen to this. I think you’ll like it. He reminds me of you.”

I mean, whatever. How can this beauty exist? How can it even exist and the world still keeps turning oblivious?

So I stopped writing about new music.

It’s six months later now, and I was reminded of Frankie Cosmos by chance today. Nothing’s changed, in as far my lack of ability to express myself goes.

I still can’t find a way to describe the heart-true beauty of her music but… well. Think on this.

The music of Frankie Cosmos is so wonderful it stopped me from writing about new music for over six months.

Meanwhile, the rest of the world does keep turning. Of course it does. I found this interview with Frankie Cosmos on Noisey that was published eight days ago. She has 45 records available on Bandcamp now. You’d think there would be a drop in quality, in the beauty, but if there is I sure ain’t encountered it yet.

Told You So and Separation Anxiety were the two Frankie Cosmos albums I was mostly listening to while I wrote this.