The return of Everett True | 62. The UV Race 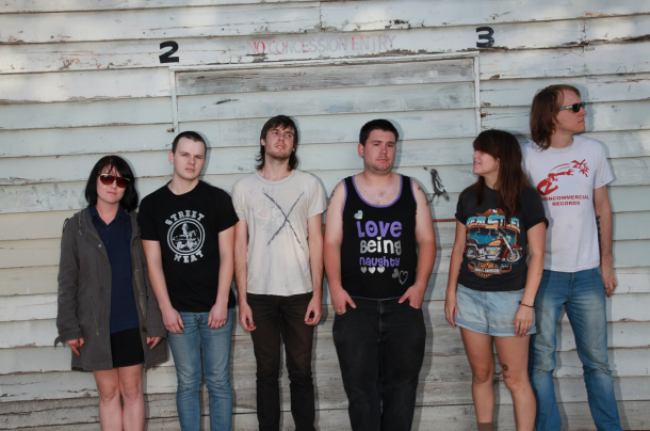 Let me quote The Jam at you.

“Life is timeless, days are long when you’re young/You used to fall in love with anyone/Any guitar and any bass drum.”

That’s how it works, right? You see a band, you fall in love for a minute, an hour, a week, a year… whatever it takes. It’s even better when it’s unexpected cos then the rush of blood, the surge of adrenalin feels more pure somehow, genuine. A few days ago, I had my head blown apart by an unruly assortment of unruly types on stage at Brightside – as part of the Blurst festival. I was caught unawares. Back of my mind, I had this band marked down as “fine, not extraordinary”. I’d listened to a bit of their recorded stuff. It was fine. Not extraordinary. Now it seems like clouds billowing across the sky as I lie on my back on a roundabout in Oaklands Park. Now, it feels like I’m crying to Sebadoh at the Avalon Ballroom in Boston 1992. I’m not a fan of “indie” as a genre these days. It really bugs me, tell the truth. But this ain’t that, same way Pavement weren’t that either when I first rubbed drinking shoulders with them, same way The Box and The Laughing Clowns were just a bald excuse to get my dancing shoes on. I’m old now. My days aren’t long. Life is not timeless. Life is mostly a drudge, an admitted failure. But I can still dream and spiral out to the stars with Nina Simone and Beyoncé and The UV Race. I can no longer aspire to win popularity contests the way those folk do. I know that. Wait… Nina Simone? Aspire to popularity?

This song made no sense to me a week ago. It’s so obviously the Australian Mark E. Smith. But now it seems like the sapphire isle, the emerald city, the promised land.

It’s beer goggles, when they aren’t on the fucking blink again.

It’s The Saints, belligerent and swaggering through another fucking incredible single.

It repeats into what feels like infinity but in reality is 10 seconds.

I’m back across at Brightside, and just totally blissed out stoned-free at the cacophony of noise and love and saxophone and discordant harmony and LOUD guitar and bawling and brawling and the seismic undercarriage of Melbourne ne’er-do-wells The UV Race who squall like my beloved Clock DVA and The Box from the early 80s, and shimmy like my old band-mate Noah Taylor cutting off Jamie Lannister’s hand in Game Of Thrones, and make me feel so goddamn deliriously out-of-control happy it makes me wonder whether I could be bi-polar. The singer has a midriff that makes me feel uncomfortable, and the guitar and voices and keyboards and all are gloriously simultaneously together AND competitive but it’s the saxophone I have eyes alone for, such an incoming storm.