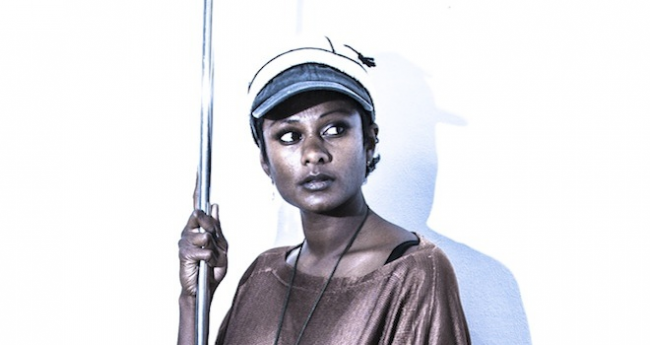 I like this description. I think it must be from the press release, it’s popped up in so many reviews.

The 12-track Everlast focuses on “the corruption of organized religion, gender discrimination and technological advancements leading to human over-dependence”.

I like the album even more. It has an unsettling, darkly translucent quality. It hints at screens most of us don’t have access to. It suggests and beckons. It feels quietly futuristic – suggesting a future that might just not be unwelcome. It contains elements of the same mid 90s trip hop that retains my attention (the good stuff, natch), and also of folk music (the Vashti Bunyon stuff, natch) and secret dub. It has a grain that runs contrary to the grain of popular music. I mean, I love all that shouty stuff and the colour and vigour and poise of fashion house-wearing Vice acolytes (and doubtless this has already been sucked up under that coat) but that’s not what we’re talking here. We’re talking moments for reflection, Moments in Song. We’re talking silence and solicitude and tea being sipped slowly. According to the World’s Leading Experts:

Hard-panned multitracking and other stereo spectrum tricks makes the Gonjasufi duet “Giddy” captivating in spite of its stupor, and pitch-shifting on “Shady” lends it an ethereal feel underpinned by implacable noises that sound like guitar strings being melted and stretched like taffy.

Which is bullshit, plastering about sofas.

She even plays off a ghostly, masculine version of herself on “Carousel,” whose simple chorus echoes the bare desperation of Neil Young’s Ditch Trilogy—it’s amazing the amount of emotional mileage she can get out of merely repeating and enunciating a single word, especially when she’s doing it over guitar chords that drip with anguish.

That’s a little better, but then they spoil it all by attaching the numerical qualifier 7.8 to an abstract quality which just makes nonsense of everything.

Much of this album is wonderment. Sure, it’s dark but that doesn’t automatically make it sound “frigid” nor does it make it “Gothic”. What a fucking insult! Next, they’ll be describing Nina Simone as “lacking sexuality” because sometimes her piano-playing didn’t have a bass accompaniment. Isn’t “frigid” the sort of word Robin Thicke would throw your way because you stated that you really, really, really don’t want it? In actual fact, I’ve rarely heard music sound less frigid and more sensual.

This is also a rubbish line about the single ‘Bizarre’:

It’s like a 60s protest song dressed up in modern clothes.

Still, at least they reviewed it when it came out. (Sighs heavily.) And got paid for all that padding. (Sighs even more heavily.)

Whatever. This album is magical, a delight of obstructions and intrusions and allowed imagination that flutters across your consciousness like tar. Spooky, like awakening.

A courteous bow to Brigette, for tipping me off.