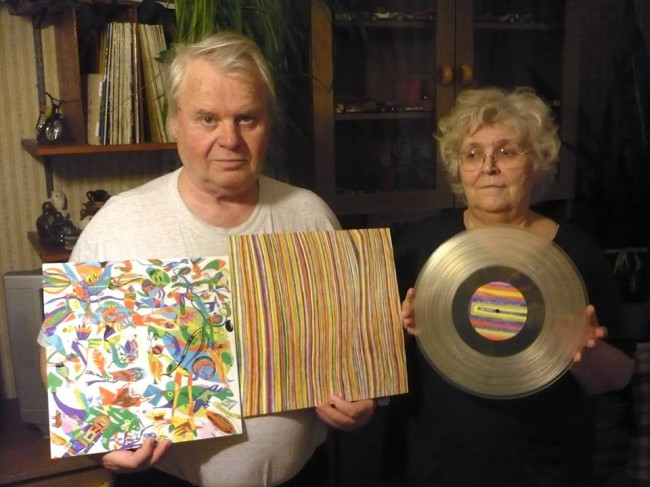 There’s a bug in the machine. A virus. It stops shit from reaching you. I know it does. Every time we reach 47 seconds. It’s not a coincidence. Forty-seven seconds, and you can’t even begin to get going. Forty-seven seconds and some folk are already out of here. Forty-seven seconds and some folk have already stated all they need to state. This is not fiery. This is not brittle. This is not angular. Unless you choose to view it that way. It’s from Prague, and Prague looks alien to these Brisbane eyes, but frankly a suburb five kilometres away from The Gap looks alien to these dulled acclimatised Brisbane eyes. Did I write dulled? Not necessary. Dull. Dull. Dull. It’s beautiful and it’s commonplace and it’s unsettling. You might not have encountered anything like it before (heh: you ever LISTENED to music?), especially at Christmas. It reminds me of all those pictures you saw of all those music writers desperately Tweeting about Kate Bush like that makes them relevant in 2014. But we can all fucking try, can’t we? We can all fucking try. All the background noise and hubbub worked in.

This is intoxicating. Such beauty. Such uncalled for, commonplace beauty.

The only time I went to Warsaw we nearly got mugged within three minutes of stepping on a bus.

Oh, go on with you then. Wonderful. It’s the sort of thing that great ongoing signal of American colonial superiority – Vice magazine – will work into one of its right-on screeds promoting other cultures not quite as fortunate or complacent. And you’ll all be so impressed at them, their avowed Other interest.

Transportive. Now that’s a word. And, is it me, or can I hear some Dog-Faced Hermans in there? Must be the sheer merriment at the ridiculousness of being alive. I listen to this, and momentarily it’s The Gap, Brisbane, Australia… that feels alien to me. Folklore being created right before your very eyes.

Transportive: to carry, move or convey from one place to another.