The return of Everett True | 4. Babymetal, of course 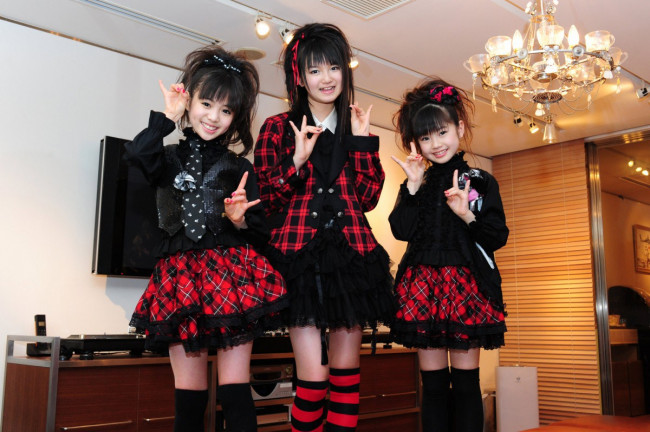 I need to write up a Kyary Pamyu Pamyu interview for The Guardian.

I find her quite disturbing – grotesque, even – with the over-abundance of “kawaii” in her music and particularly her videos. She’s not so much Disney as My Little Pony – and not so much My Little Pony but that really horrible My Little Pony porn someone exposed me to a few years back. (I’m scared to do a Google on it and give you a few examples of what I’m talking about, for fear of what I might uncover.) I mean, the juxtaposition of the ultra-cute and twee and childish WITH sexuality… [shudders]. I dunno man. It’s like Tim Burton turned really, really creepy.

Thinking about “kawaii” got me to thinking about how easy it’d be to behave subversively within it, use it as a tool for undermining conventional gender attitudes about how men and women should behave. (I’m not sure Kyary isn’t doing that already.) Think that’s just wish fantasy? Uh-huh. Think back to independent music circa ’86 and Talulah Gosh and how bands back then  took on the trappings of 60s pop and the schoolyard, to help undermine the overriding masculinity in rock music – both mainstream and counter-cultural – of the time. Then flash forward a few years to Riot Grrrl and the ‘school librarian’ look as championed by Kathleen Hanna (among others). Nonthreatening fashion but entirely threatening behaviour and ideas.

Anyway. This has little to do with Babymetal. This trio of ladies play music that is J-pop kawaii straight down the line. Don’t be fooled by the sludgy speed metal riffs underneath. They merely add to the song and the hooks’ power. I love ’em – how couldn’t I? – but the ladies’ image and demeanour (as cute pop puppets) feeds into the conventional view of women as passive, adornments. Don’t you think?