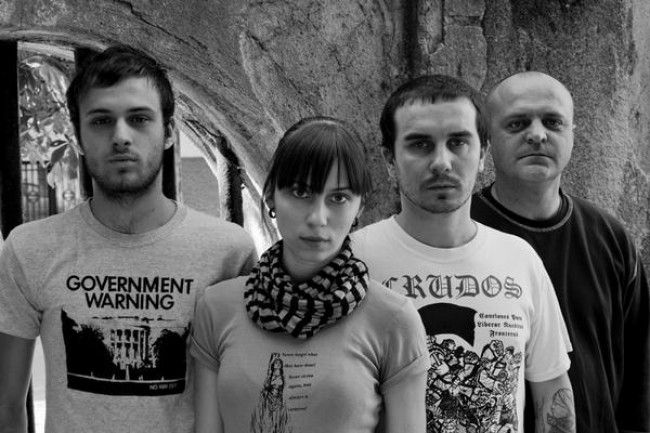 You don’t write stuff like this though. Strips the process of its magic, its allure. Adds maggots where none are asked for. I think I mean maggots.

What’s the first question? Does it rock? Yes, it rocks.

I was guessing from the accent, and the warped, demented take on “indie” that Bernays Propaganda aren’t from Cardiff. Or Athens, GA. Or Melbourne. I was right to guess that.

Macedonian indie. (I’d call it Macedonian Riot Grrrl, but it’s harder than that.) Here. Get some inside you. It really pleased me when I gave it an un-listen, unprepared and without any prior knowledge, last night. Just bopped into my ear. It’s like Kim Deal if she was really Hazel O’Connor in disguise fronting a taut, wired, wiry funky DIY band that sounds nothing like either. (Which means there’s probably a little Slits in there somewhere.) (Ow!) Damn. It makes me feel alright. It could be from Melbourne, round about 2010, actually. But it’s not. It really isn’t.

This one, me old Catweazle, is the cat’s weasel’s whiskers.

I use the word ‘indie’ with a reluctance bordering on the pathological.