The return of Everett True | 32. The See Gulls 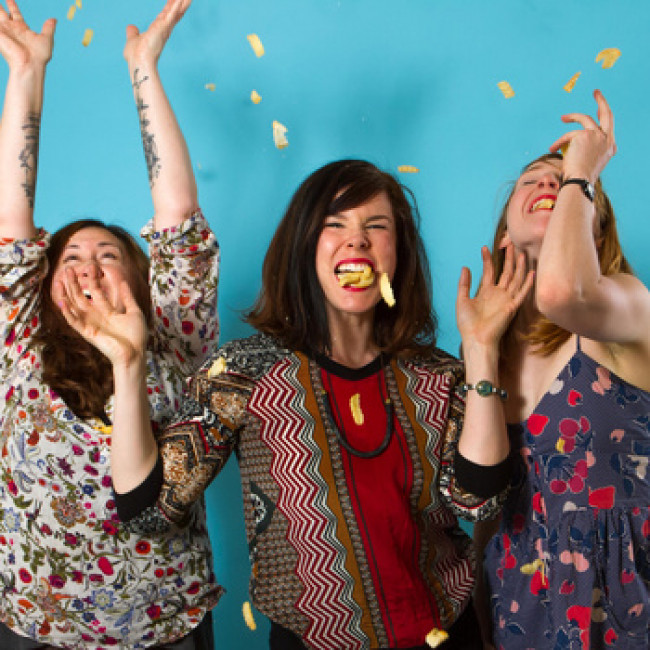 Time to return to the source.

I’m not going to lie to you. I ain’t even going to try to resist this. Why would I? They sound like they’re having such a great time. A fraction of me thinks “yay! Tunabunny!” when I hear the euphoric rush of joy that lies behind these over-excited, highly enthused voices, the way the singers nearly tumble over themselves in their glee at finally getting heard. A fraction of me thinks “yay! The Breeders!” when I hear the smart clever, not too smart clever, harmonies and melodies and all that shit, and the fact they’re cool enough to realise it doesn’t matter a shit about appearing cool. Mostly, I’m just pleased… pleased? Overwhelmed – to have discovered yet another group I can loll helplessly next to. The second song on this BandCamp disorientates me cos it’s fairground in its excitement and when I type the word “fairground” I always somehow have the image of Daniel Johnston pop into my head, barricaded inside a telephone booth, trying desperately to avoid a livid carnie.

Somewhere too, I’m reminded of how much I have always loved The Roches and That Dog (two or three songs of the latter, at least).

Wait. Here they are (with the song that disorientates me).

Those crazy Raleigh kids! Why do they squeal so much?

And here they are again. Nicer than three bags of very nice lollies indeed. I mean, this one is all crazy and confused as shit, but you get the general magic, at least. Wait, let me go back and listen to ‘Don’t Write Me Love Songs’ again. Oh yeah. That’s the good stuff baby. As is this. As is this. Absolute killer riff happening in there somewhere.

I’d squeal too if I reminded Everett True of one of his absolute heartland sweetheart bands, Tunabunny (oh wait… and The Breeders!). Seriously, ‘Don’t Write Me Love Songs’ is Tunabunny good. There. I’ve said it.

Here’s what I wrote to them 30 seconds ago.

Dude, dude, dude! Wait wait wait! How the FUCK haven’t I gotten round to listening to your wonderfulsuperlativejoyousfantasticgorgeousmagicalinspiringawesome music before. Bangs fuck!

Anyway, I have now… and if there’s even the teeniest, teeniest, teeniest change you could send me EVERYTHING YOU’VE EVER RECORDED on MP3 so I can gorge myself to my heart’s content and not even care about the heart attack I will quite obviously and clearly suffer from such a surfeit of wonderment then… then that would be fucking lush, actually.

And if not…? Well, I ain’t going to pretend it’s going to hurt. Cos it will. Jesus, it will. I mean, seriously: it’s like an overarching physical pain inside of me that there is See Gulls music out there I haven’t yet heard.

Um. So anyway. THANK YOU FOR CREATING SUCH WONDERFUL MUSIC!