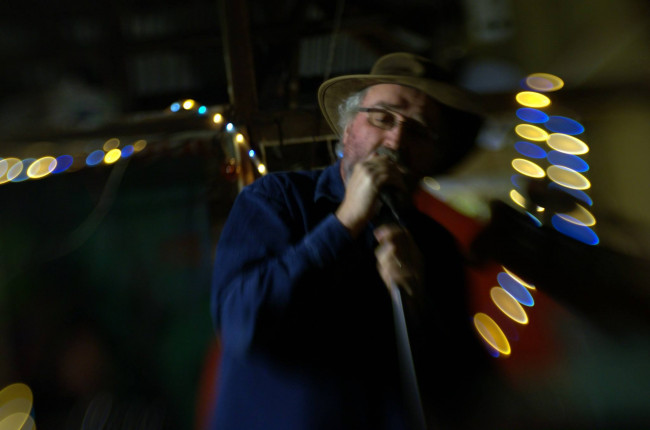 This is a little cheeky, I know.

Trouble is, if I don’t write this, who else will? There’s little to no money to be made, documenting the underground. No one ever got rich putting out Legend! records. (Uh…) I can’t trust to other people’s taste or enthusiasm – if I could trust to other people’s taste and enthusiasm then in all probability I wouldn’t be a music critic and my world would be very different, if not easier. I do sometimes wonder where I’d have ended up if Melody Maker hadn’t offered me a full-time job in 1989. Somewhere like Brisbane, probably. Or working in a library – except I have a suspicion that you need qualifications to work in a library and I never could be bothered seeking verification from systems that I didn’t help set up. Maybe I’d have settled back with my fanzine or my music much earlier on, but bitterness and despair could well have done for that. I was a bloody useless screen printer/salesman at the time of my career switch, that’s for sure. Couldn’t have done that much longer. I did a little bit of writing for NME – but not enough to see me right. Maybe I’d have moved to Edinburgh or Glasgow or the continent. Maybe not.

This is why I don’t go much for hypotheticals. I’ve never had an idea what I want to do with my life, or even what I’m good at. (Some) people tell me I’m smart; others wonder how the fuck I exist. I veer between the two. My lack of self-awareness is both my biggest asset and my biggest liability: I’ve never known who my friends are when it comes to the music industry, for example. Are you my friend? Sure, if there’s no involvement.

So, The 16th Century. I know that little about them I’m not even sure how they spell their name. I know they’re from Brisbane, and have existed on and off for decades. Play less regularly even than me.

This was the result of one Thursday evening “practice” wherein we wrote eight songs first run through. I appreciated the Josef K and Wedding Present and Velvet Underground sweetheart guitar riffs Donat was putting out there, sometimes augmented by Peter’s minimal drums, and found it easy to create vocal patterns, melodies, words over the top of them. The balm of the familiar. The comfort of the stranger. I hadn’t met the other two gentlemen before but I had an instinct. It was a suggestion made (around a Dave Graney show, actually – one I didn’t attend), and alighted upon.

Singing, I channel past trysts, and a negative worldview. A lot of the time when I’m improvising words I’m imagining myself as a member of The Undertones jealously regarding Talking Heads’ lyrical prowess in 1978. If I can reach the heights of simplicity coupled with repetition that I once adored so on Hypnotised or Love Bites, I am more than content. One song, I steal from my of my old songs. I grab the mic like I once saw Karen O grab the mic. My intonation is still in thrall to Anne Clark. (I’m a fucking music critic, allow me some awareness when it comes to influence.) The 16th Century’s music reminds me of this (perhaps unsurprisingly).

This one worked OK, I think.