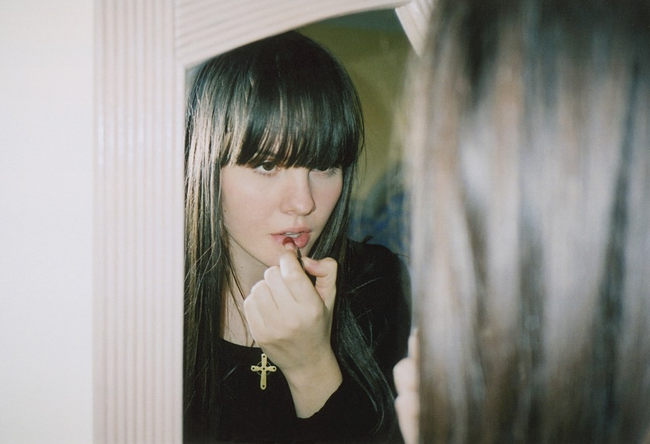 A slight diversion from my embarrassment of Spanish riches today, but well. Sometimes. You know? Sometimes.

Sometimes you just got to enter the room two hours too late. This is better than when I saw the bats fly away from the balcony of the Old Museum. Better than a knight-alone checkmate when you’re black and have 15 seconds left on the clock. As good as that last segment of block singing (or whatever that weird early 20th Century church choral device is called) you heard in a dream.  Yes, it’s a cappella (with drones attached). Yes, it also sounds like the finest drone stoner psych pop you’ve heard in 2014. Excuse me a second. You have to understand, we here at Collapse Board have displayed a certain consistency when it comes to covering Ela’s music.

Here’s what we’ve written before. (No, don’t try and stop me.)

It’s mesmeric, sure. It doesn’t know when to stop, and resonates with the same stoned, drowsy resonance as half the floor of the Esplanade in 2000. (Man, I wish I had some tired drunken nights to fall back upon, and excuse my lack of wit.) It reminds me of the clatter and smart din of early 80s prog rock/electronica/post-punk pioneers (sounded way better than it reads), This Heat – without all the shouting and the skinheads waving knives in your faces. At one point, it stops and then realises its mistake. Oh no, wait. That’s another track. At one point it stops, and you feel mercilessly sad the same way you felt mercilessly sad stuck at Flinders St with no train remaining.
Song of the day – 640: Bushwalking

The vocals (male, Doyle, and female, courtesy of bassist Ela Stiles) often sound like they’re coming from far away down a distant bush highway, or perhaps trapped inside your own imagination: chants, rambles, tangential asides that lead nowhere and make you want to stay there. The vocals ache and linger. On the show-stopping, 11-minute long ‘Just An Idea’, guitars shimmer and shiver and blossom and spread into a blissful, torpid summer haze, the same way guitars once did on Galaxie 500’s climatic version of Jonathan Richman’s ‘Don’t Let Our Youth Go To Waste’.
Song of the day – 594: Songs

What is ‘Ela Stiles’? Fleeting beauty, sunlight through a dense canopy. And the breathless darkness wrapping around you as the shards of illumination slip further out of reach. It is an artefact, as if uncovered by accident. Irregular in shape like it was worn by the passage of time, the first side comprising six songs in seven minutes, the second a long, broad stream of steady drone with every melody under the sun slipping loose when its gestation is complete. It has this form because if it were shaped otherwise, then it wouldn’t be “it”.
Ela Stiles – Ela Stiles (Bedroom Suck)

I cannot hope to match Tom Randall (on the last review) for poetic eloquence. All I know is that I like being spooked, I like the drone of repetition. I like the childhood memory of the repetition of drones flying overhead in my imagination, chilled beyond speech. I know that music like this is often called beautiful because it has that stained glass feeling of solemn joy around it, and I am aware that there are probably practitioners of this music in other (non-Australian) countries that produce moments of equal iced-breath chilled ‘beauty’. But I’m not listening to them right now. I’m not listening to anything except this one track from the Ela Stiles album, and it sucks my breath out of my body, as sure as the way you never look at me that way any more.

“I am earth and air and fire and water,” she said softly. “I come from the Dark where all things have their beginning. I come from the seas and its tides. I come from the sky and its stars; I come from the sun and its brightness…” – ‘The New One’, Mary Poppins Comes Back, P.L. Travers
Everett True’s 100 Favourite Songs of 2013. Yes, one hundred, and every last fucking song is genius.