The return of Everett True | 27. Brabrabra 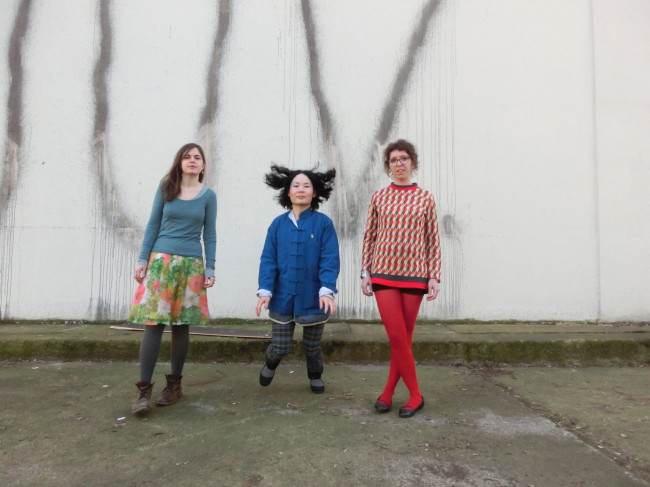 …and still they keep tumbling through.

I guess it helps that I appreciate the tuneless alongside the melodic. You can take either word as an insult if you so desire, but I don’t understand why you would. There’s a certain keyboard sound I will always go a bit doolally for (partly because it reminds me of my kitchen sweethearts Twelve Cubic Feet, if you want the truth of it). I like bands who like ‘Sister Ray’, long as they aren’t too Gothic about it. Of course, when it comes to music like this, if you can write a paragraph about your band along the following lines then the battle is three-quarters won:

Brabrabra are a Berlin based girl group. Susanna, Saiko and Federica are three good friends that started to play together in Federica’s wohnzimmer just for fun. Their lives were weird enough that they could write songs about it, with irony, cynicism and tenderness together. Brabrabra had their debut when Saiko’s brother, Tatsumi, unknowingly organized a gig for them in Feb 2012. After that, BBB played many shows, among them Torstrasse Festival 2013 for Network Awesome and with Maher Shalal Hash Baz.

They still need to be GOOD, duh. Are Brabrabra good? Well, duh. (Grown-up music criticism. You have to love it.) P.S. ‘Trancee’.

This is the look to go with the sound.