The return of Everett True | 23. Priests 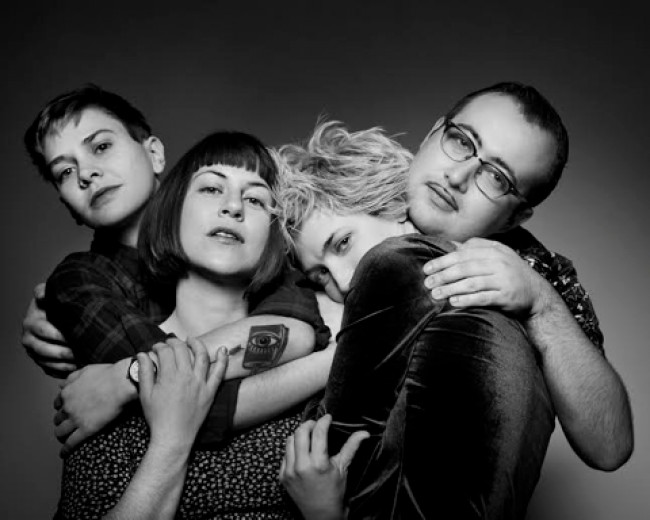 I got to. I just gotta. It’s a deviation from the main frame, I know. But for months – years, it seems like – I’ve been sitting on this beautiful brawling beast of an album called Bodies and Control and Money and Power, and I can barely resist the temptation to break out much longer. But I promised not to do anything until the opportune moment. Oh man. It’s so beautiful and righteous and impotent (yeah, I think I mean impotent – it ain’t a putdown, just an acknowledgement). It’s full of melody and fire and bitingly caustic jagged guitars, shot through with intelligence and the type of screaming you just know I gotta love. It feels like it teeters on the edge of madness, such is its vim and doctrinal fervour. But I can’t tell you about it yet. I just gotta hold on. Don’t want to jeopardise that all-important ‘indie’ publicity.

Oh wait. Now Pitchfork and Stereogum and all those other corporate lickspittles have gotten in there and given it arbitrary scores of x.& out of *.$ in an their doubtless well-meant attempts to place some sort of order onto the damnably confusing chaos – and damn, we don’t want to jeopardise those all-important x.& out of *.$ scores on Stereogum and Pitchfork by writing about it first on such a small shivering beastie of a website as Collapse Board, now do we? (OK. I’ll admit it. I was tardy. Living in Brisbane, I have no conception of time passing.) Not when Rolling Stone can damn the album (seven-track EP actually) with a faint 3.5, or… whatever. Some scintillating music criticism over at Rolling Stone, by the way.

Lead Priest Katie Alice Greer is not a fan of “Doctors” (“You put your fingers in other people’s mouths all day”) or anything that’s “Right Wing.”

Wow. That really captures the feeling now, doesn’t it?

They’re young, they’re rude, they’re mad and they mean it.

Wow. Not even vaguely patronising now, is it?

Well, you know. Whatever. I just think this song fucking rules, but what is one person’s opinion next to that of so many much more knowledgeable?

I play this, cos the EP don’t give a sense of the live show.

Here’s what I said before.

It claps its hands once, it claps its hand twice, it does the splits and looks round to see where the vodka is. I don’t know… (fumbles around in the dark of my prehistoric cave)… this is burst-open milk cartons. This is I-can-get-satisfaction. This is abrasion and challenge and the knowledge that the jerk in the back seat of the bus will remain a jerk in the back seat of the bus even when he gets off the bus. It’s the knowledge that the best forms of friendship are virtual and transient, that moles never stayed whacked for long. It’s garage doors that never close, it’s the joyous fear that repeating a riff too many times can bring. It says nothing to me about my life that I didn’t know already but why should that bother me, for that statement is clearly a lie.

Man. I was so much more poetic back then, wasn’t I?

They’ve been touring with the band behind yesterday’s Song of the Day. A coincidence (from my end).

One Response to The return of Everett True | 23. Priests