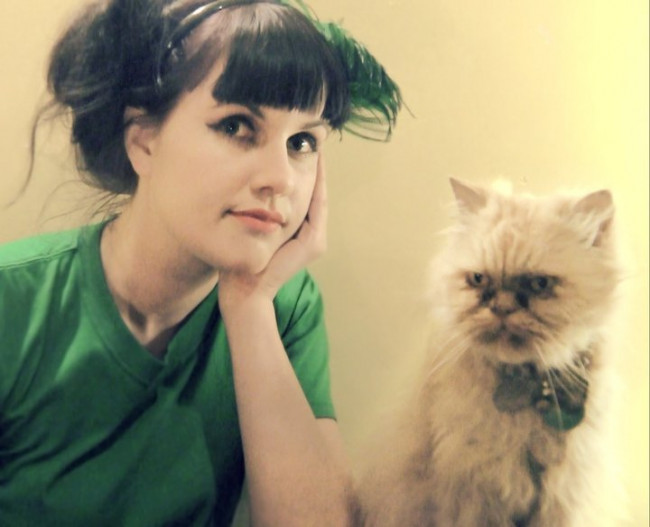 I arrive at this song from two directions.

First, I research Princess Chelsea – a Kiwi lass I am vaguely familiar with – for a Guardian review.  I had been intrigued by her in the past, and I am a fraction surprised to note she did not reach the heady heights of this series with a song from her far-reaching 2011 album Lil’ Golden Book (quirky, twee, space-pop).  Perhaps I am confusing her with Princess Superstar, who I interviewed the week of 7/11 sombre and not wanting to flirt.  No.  I mean, jeez, I fonsue Roni Size with Rozi Plain.  Patently absurd.  I must have mild musical dyslexia.  Be patient?  Absurd.  So I listen around, drawn in as ever by the cover versions.  If you are stuck for a lead on music, a cover version is a shortcut.  Trust me here. This is what I discovered.  Absolutely straddling the right side of the line of twee, and patiently building the song up.  She plays the xylophone without looking at it!  I mean, jeez.  Pro, or what.  Beautiful alignment of electronic rhythms and beats, too.  She is like the Nigella Lawson of bedroom electronica.  (Non-Brits, bear with me here.)  Certainly not Reni.  I decided not to run with the song here.  I was in the desperate death throes of my PhD, and her Beatles cover is five years old, perhaps not quite ‘new’.  Still 3.71 times better than anything on her new album, sadly.

I do not trust the word cybernetics.  It comes as a result of being reared on Dr Who.

Second, I have been listening – during the final, final death throes of my PhD final, final draft – to plenty of Rutles.  Specifically, this Rutles (and others).  Give me Lunch over Love any day, whether we are talking albums of whether we are talking singers.  This led me back to listening to The Beatles, specifically an alternative version of my least favourite album of theirs, Let It Be that I had never heard before (it even includes a song ‘Teddy Boy’ that I had never heard before).  I now like that album a whole lot more. And… anyway… ah, you are very smart, are you not?  You know precisely where this direction led me, do you not?

Yes. Serendipity, more’s the pity.  Song of the day for Princess Chelsea then.  Nice.