The return of Everett True | 158. Membranes 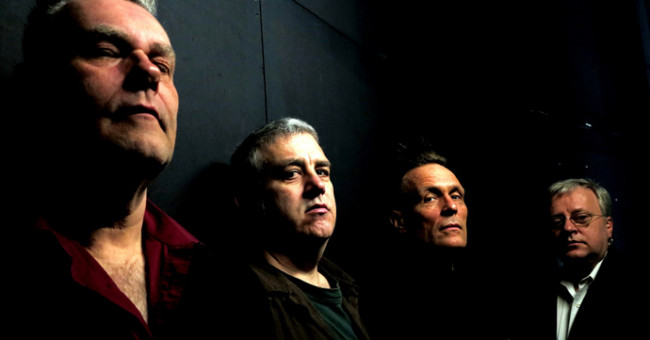 You see, some of us still remember the secret history of the 1980s.

John Robb, he remembers the secret history of the 1980s.
And Geoff Stoddart, he does too.
I bet others.

Others. I don’t know their names and I can’t recall their faces. It all implodes somewhere around… there is no cut-off point.  I play Membranes to myself in an emptying house in Brisbane in 2015 and the drums thud a relentless rhythm to my brain, and the guitars are white-hot embers. The voice is hoarse beyond rhapsody. Some of us can only recall the secret history of the 1980s through snatches of half-remembered music – Z’ev, Live Skull, UT, Jackdaw With Crowbar, Dog-Faced Hermans, Membranes. And the last is the greatest. Conversations about God and death till four in the morning. I met John Robb in Manchester in the mid-2000s and he remained the same. The rain was the same, but he was different. He wasn’t different, I wasn’t the same. The noise decay spirals away and then starts up again, ever more fierce. Is this vital music in 2015? Why not ask someone with a sense of perspective? Did it all only ever come down to which side you were on then? That would be a pity. The Ex. They spoke. The Ex. They start the world alight. Membranes. I recall little except the frenzy of dancing and the amplifiers overloading and the bouncer at the Marquee not going anywhere near us. A nightclub up north. These aren’t memories. Or they are, but they’re memories of reading memories.

John and I have always been rivals, friends. He could speak to people. I couldn’t. Still can’t. He knows the secret histories. Ask John. He understands people, knows how to make them feel special. It’s quite a knack.

The noise spiral decays away and begins all over again. Guitar laden over by guitar and the vocals low, low down in the mix, a constant reminder. Sometimes, I fool myself I write this way because I am trying to reach some form of ‘truth’. Other times, I know it’s because I’m flabby and can’t write. Maybe I always was more driven then I have ever given myself credit for. Maybe I was part of something once.

Death death. It always comes back to death.

Some day soon we’re going to collaborate again, I can feel it.

Maybe this time we’ll bring down the whole fucking world with us.

And this is me. No-mates Jerry.

3 Responses to The return of Everett True | 158. Membranes