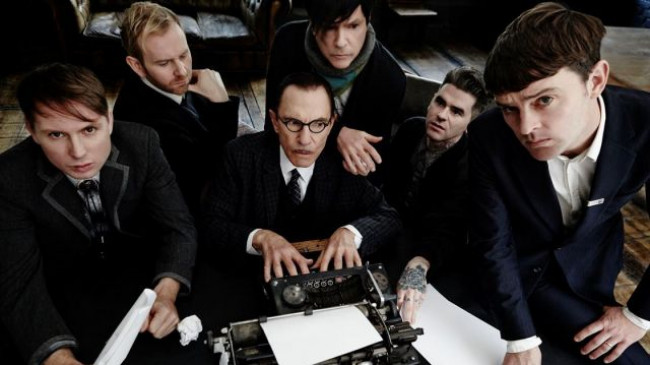 I don’t like films about film. I don’t like songs about songs. I love this. It’s arch and affectionate like my last cat Carla. It’s slinky like my first cat Slinky.  It’s funny and cute and slightly upsetting like my own personal kitten Tigra. It forges a path for itself, and shows its claws just when you’re not expecting them, like that feral rascal Poppy. Enough cat allegories already. It’s theatrical, like Dexys (or more to the point, like Sparks). It knows when to slow it down for emphasis. It knows when to speed up and cut loose, just for a moment. It’s a little like Queen but without the pomp (so not Queen at all then). It has poise like the above, and you can sense the suits. It’s an idealised version of – what? I’m not sure the version existed before. It’s the finest song on the whole of FFS, an album composed of finest songs. It’s like ABBA if they’d sung about the Dalai Lama and The Associates and Action Painting! and Avengers and all those other groups that begin with ‘a’. Except it’s not. (I mean, duh.) It’s the number one song in heaven.

I think around 4.38 is when it quits aspiring to being merely genius and spirals off into another dimension altogether. Or is it 5.40? Yes, I would like to hear Giorgio Moroder do a 23-minute remix of this.

I lost track of Sparks after ‘Beat The Clock’ (1979), sometime around there. I never denied their influence, acknowledged their pull. Sparks made it onto a Plan B Magazine cover a while back.

I lsot track of Franz Ferdinand sometime around their second album. I never denied their appeal, or fermented their pull. Franz Ferdinand never made it onto a Plan B Magazine cover – but they did make it to the inside.

Here’s the song. Let’s give it another listen, and realise that sometimes glamour CAN be smart and intelligent and feral and clinical… wait, I’m going to lose it right now. 0.44