The return of Everett True | 154. Ravioli Me Away 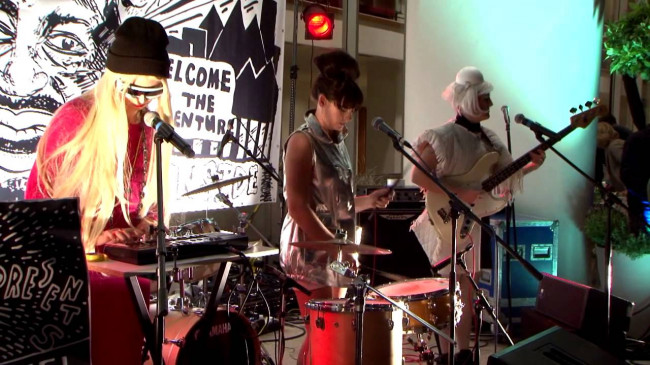 Imagine if I lived in England still. I would be so happy, some nights.

Imagine if I lived in England still. I would feel so miserable, isolated from all these wicked-cool people.

This semester round, in Sex Drugs Rock N Roll, students handed in creative works that included a documented panic attack, a song written for a suicide-friend, dresses worn as armour, books stitched in frustration, a set of hairstyle choices, and a video of intoxication (alcohol, not Taylor Swift). These students streak past me at every turn. I try to learn, and I try to turn but all I’m reduced to is hunting through late night YouTube footage for that elusive two-seconds of gratification that occurs on The Voice. The voice is never The Voice (or is is the other way round) but there is something so deliciously pathetic in the mutual cynicism I cannot stop myself from watching. I wanna be hanging out with transgender queers. I want to be pumelled into submission by a succession of succession. It never works. Instead I listen to Nina Simone, because Nina Simone will get you through times of no friendships better than friendships will get you through times of no Nina Simone, and I watch ladies sing my heartland heartcore music. Ladies called Ravioli Me Away. It’s my heart aching. It’s the sound of. They remind me of so much I love about the world: I could reel off lists of names like protective dressage, all bondage armour but I am just a cipher, a vaccuum at the other end of a meaningless conversation. I mean, you want descriptors? Why would you want descriptors? Their sound describes their own sound so much more obliquely than I ever could.

Imagine if I lived in England still, I could go out and pretend people wanted to speak to me as I skulked there at the back unseen, unseen like a man living in Brisbane force-fed a diet of nothing.

The harmonies spark magical associations. There’s no one there. I’m not sure these people even exist or someone’s just making up shit to torment me into submission. But wait… if they’re making stuff up then… oh, my head hurts.

3 Responses to The return of Everett True | 154. Ravioli Me Away